We’re not going to waste anyone’s time talking about the terrible situation we all find ourselves in.

However this has had a dramatic effect on the project in two ways.

Firstly the prospect of not making it to Bonneville for speed week this year is all too real. We are putting off making a decision as the situation is simply too fluid at the moment. A large number of team members are already invested in going this year and how things will be in the USA by August is anyone’s guess.

Secondly the plan going forward for the modifications to the car, particularly where it involves a third party are now all on hold. As such we haven’t been able to get the car to the engine tuners for a full mapping session, we also have not been able to get the vehicle up on a car ramp to sort out the underfloor metalwork.

On the flipside of course, we have had time to do some of the other maybe less critical jobs. Ian has access to the car and he has been fiddling about as and when the mood takes him! 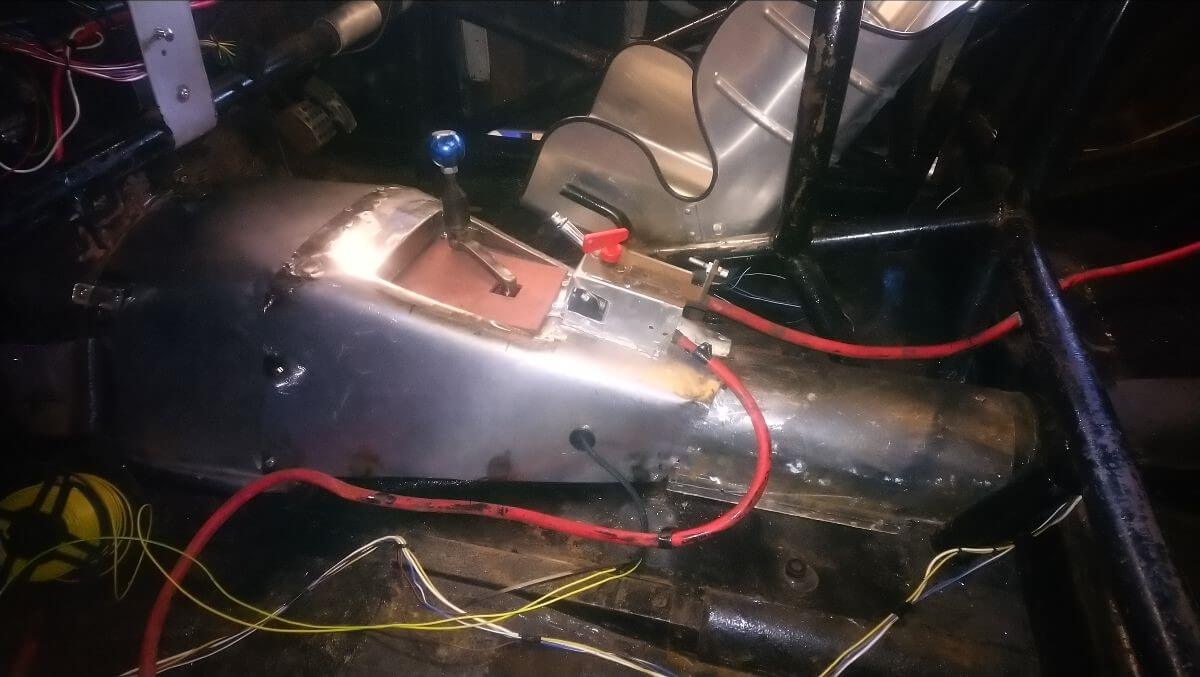 Harry our incredibly skilled fabricator had started work on our new centre console before all of this kicked off.

The new set up is far less cumbersome than the first iteration from 2018. The original was a single item and removal was a major task when necessary. The new one is in three pieces as this makes it a neater solution and also will allow us access to just the parts of the gearbox or clutch should there be a problem. 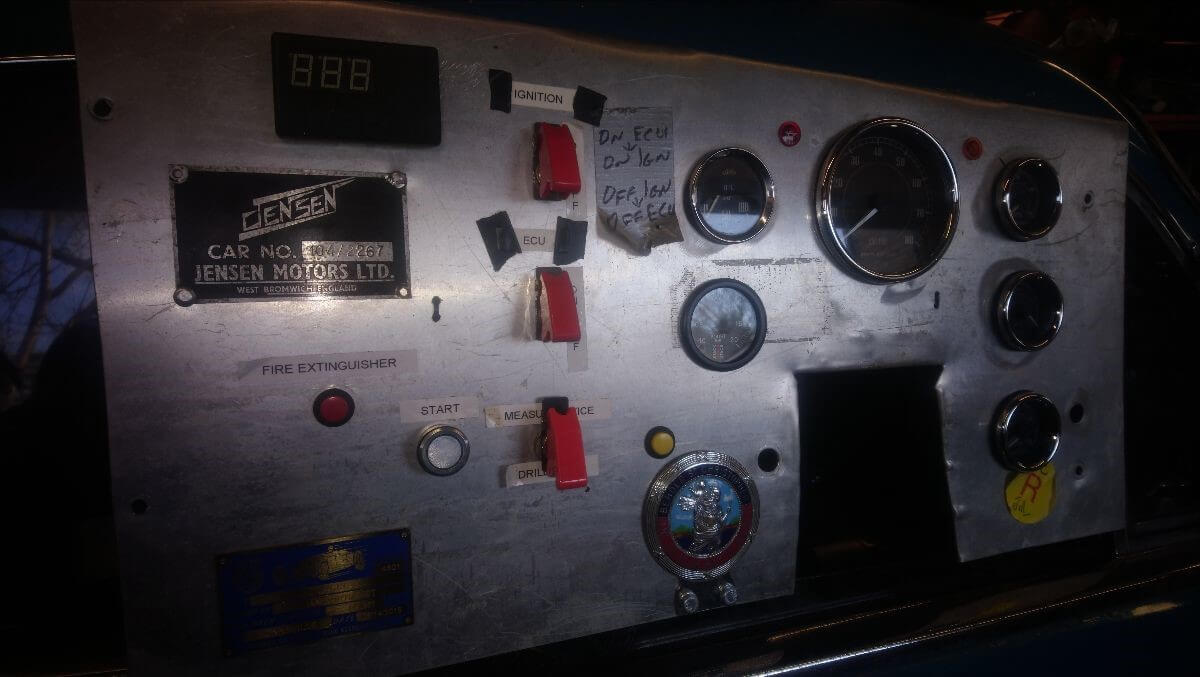 Ian has also decided to do a bit of work on the dashboard. Obviously this is his domain so getting the important information to the driver whilst he is driving is crucial as such, there are a few additions.

We now have two water temperature gauges one for the engine and one for the external water tank. To be sure that the cooling system is working efficiently.

There is also a turbo boost gauge, this will be essential for keeping the engine ‘on song’ during gear changes, particularly at the higher speeds any time off power will cause the vehicle to slow dramatically.

We have also added two new switches one for the water pumps, it is crucial that the water can still be circulated even after shut down at the end of a run to prevent extreme heat build up under the bonnet.

The other is a reverse gear lock out. For some reason the designers of the gearbox decided to put reverse next to fifth and so the risk of going from fourth to reverse under full load is very real. 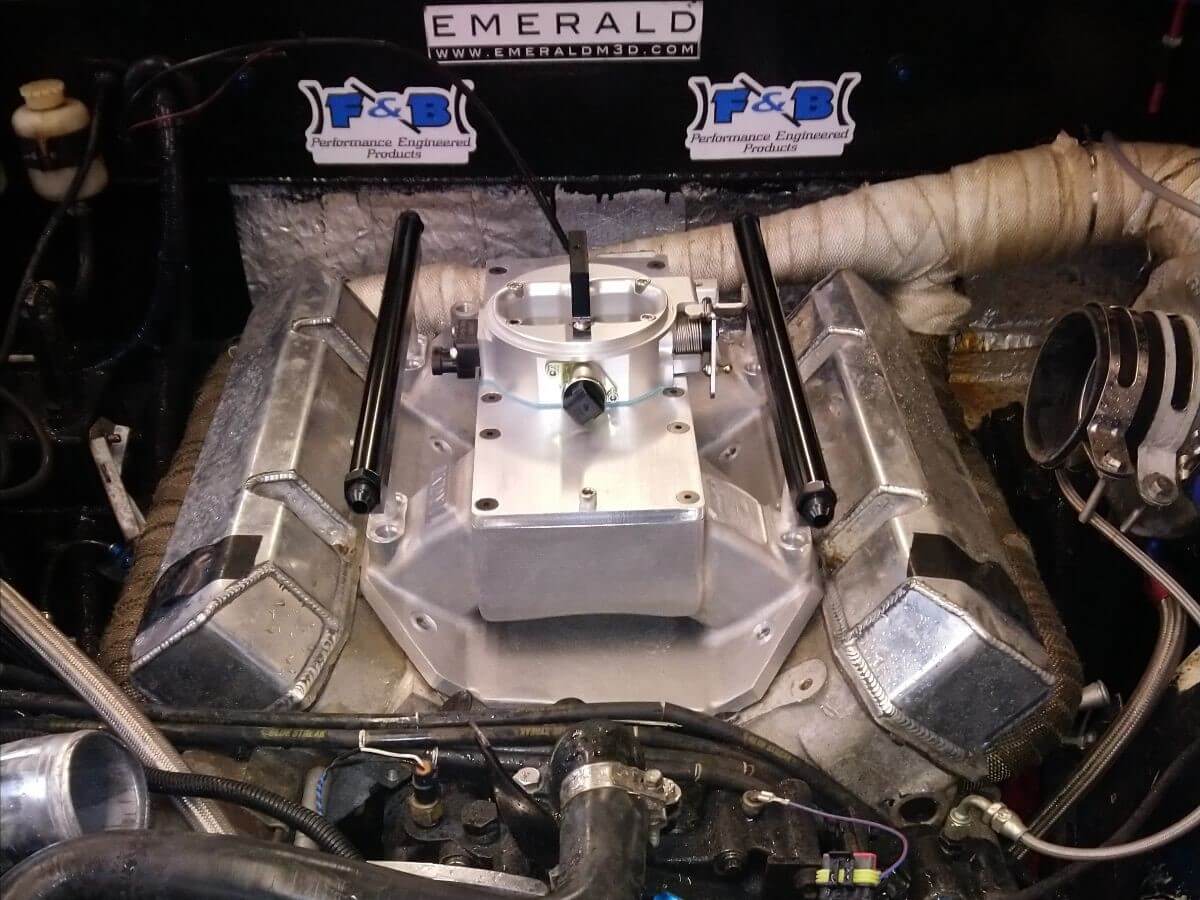 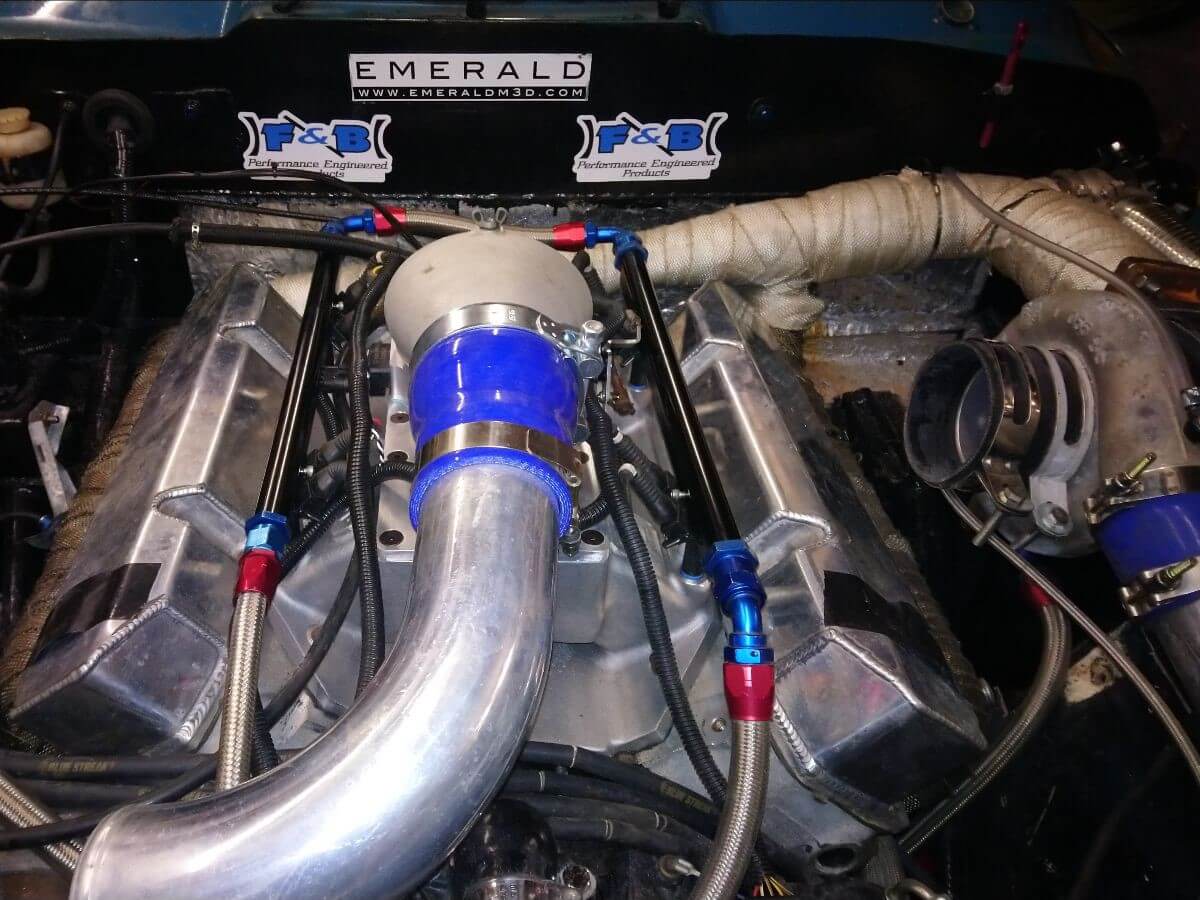 Bruce from Fand B performance also supplied us this beautifully engineered inlet manifold and throttle body. For the first time the turbo was fully plumbed in complete with both bypass, blow off valves and a massive intercooler!

The rest of the team have also been stuck at home.

Most of them have still been working all be it from home, but those that could found time carry on working on whatever parts of the car were available 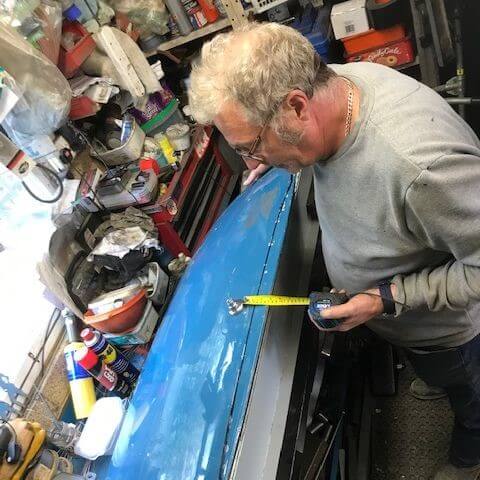 Harry has been working on the tail where it meets the boot lid. 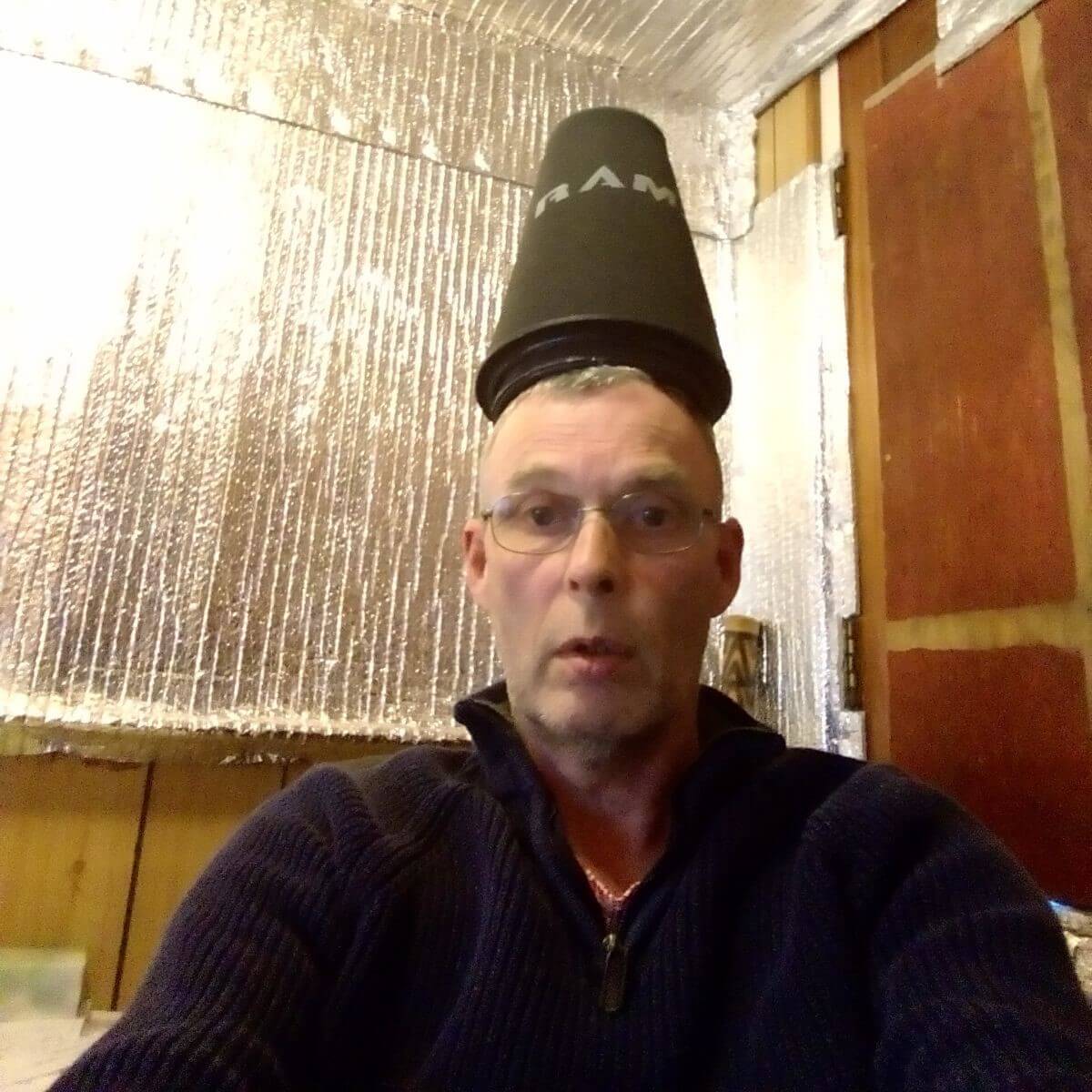 Pete, who is supposed to be working on the aerodynamics of the inlet scoop has been playing with our new very generously donated Ramair air filter element. 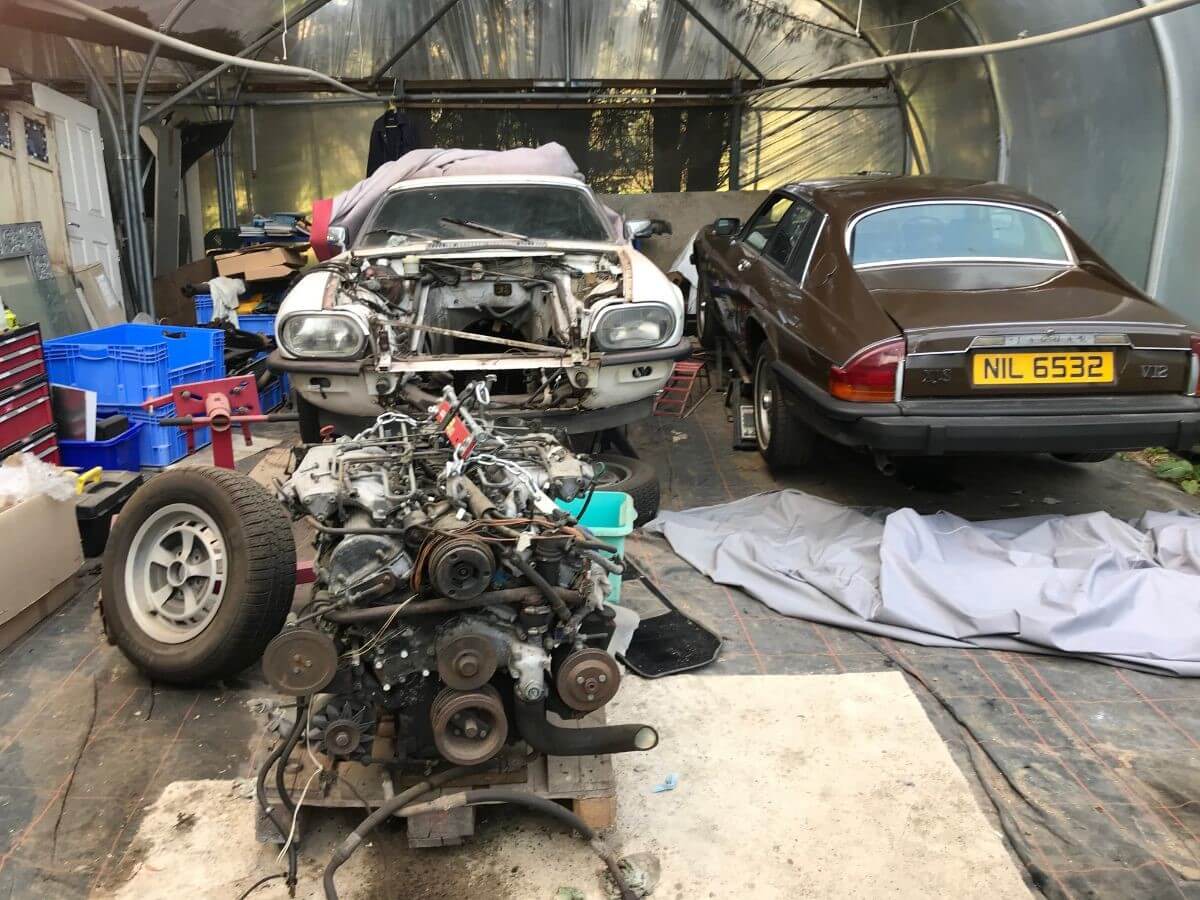 Andy has been coming up with helpful suggestions for our next project?! 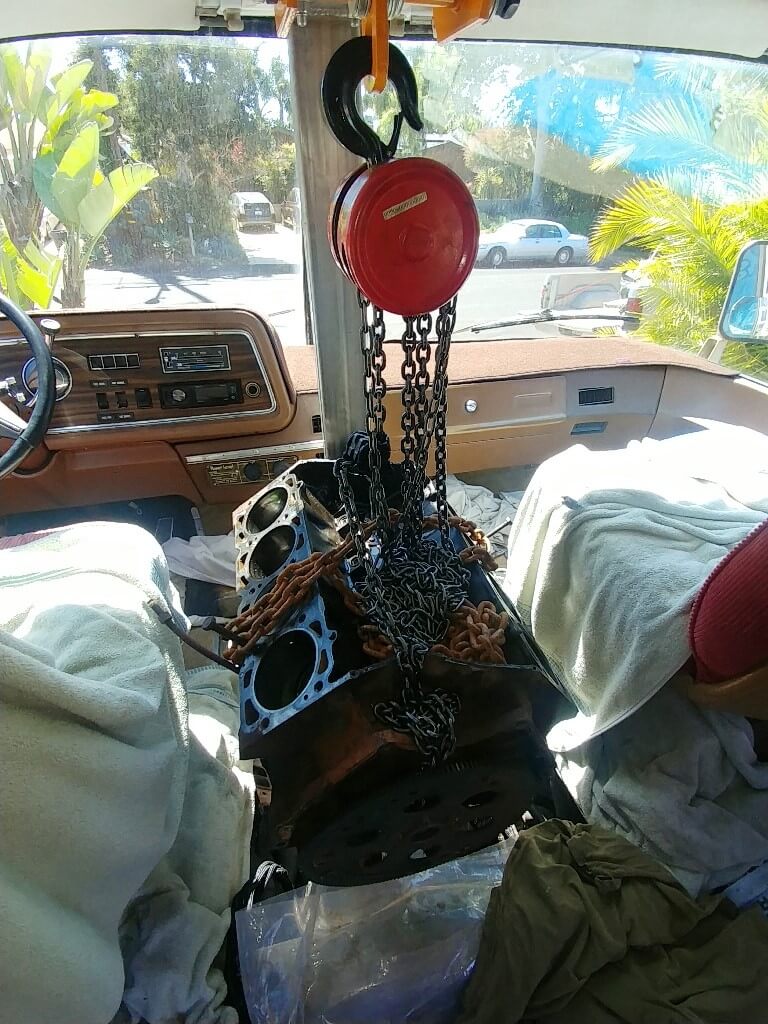 Bruce has been putting some detail finishing touches to his motorhome for the 11 hour drive from San Diego. 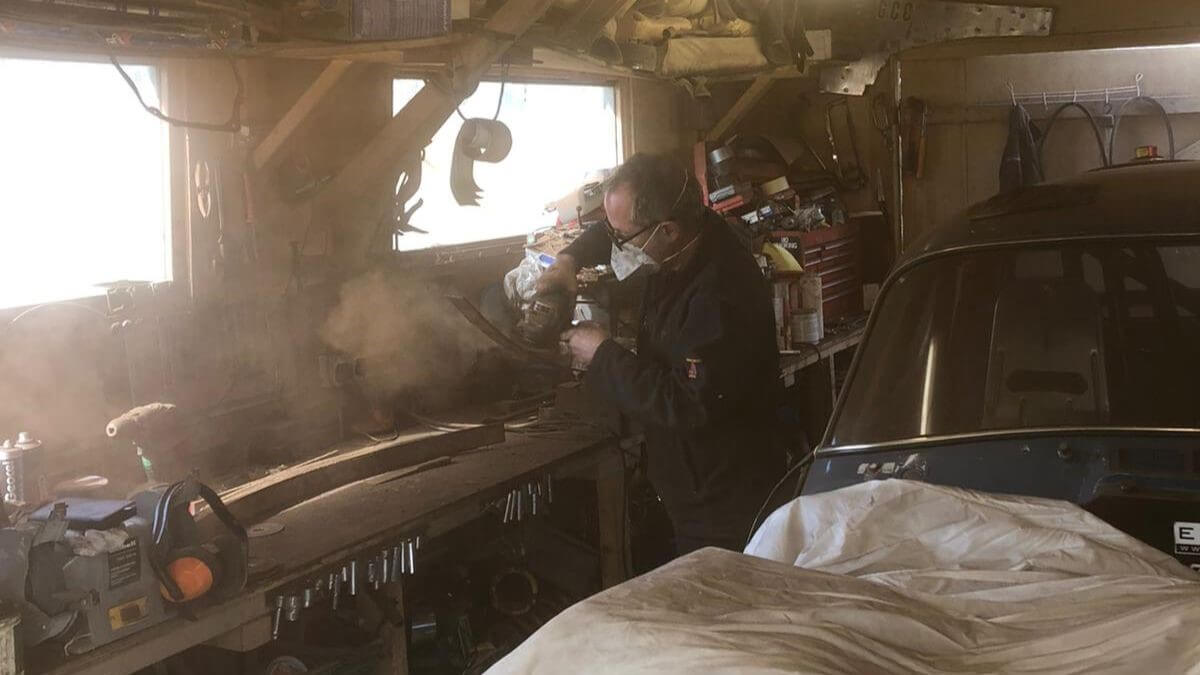 Ian has been cleaning and rejuvenating the rear leaf springs. 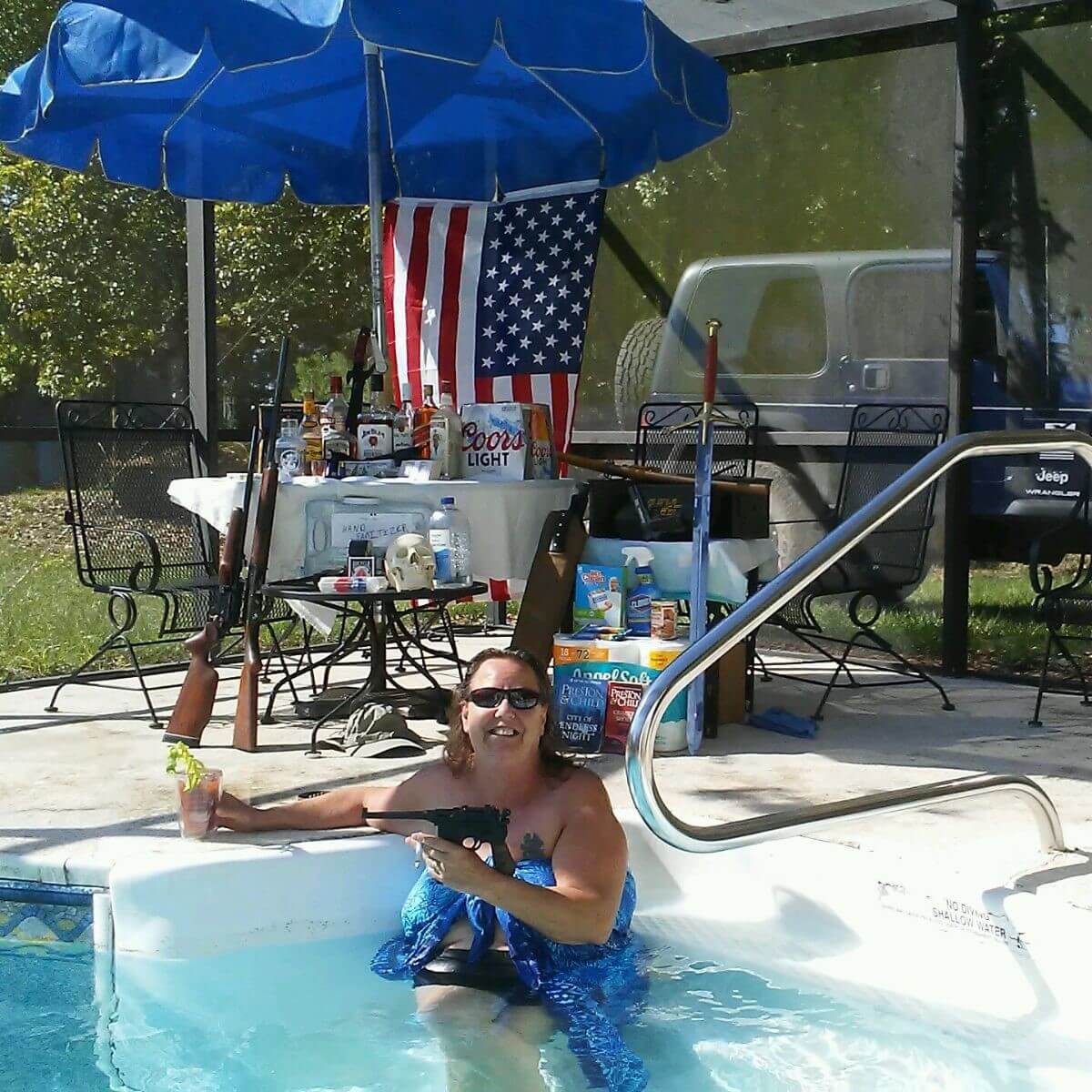 Teddy, like everyone in Florida, grabbed just the barest of essentials and went to the pool.