The highs and lows of racing

Since our last update we have had rather a bumpy ride.

Andy and Harry took the car down to see Jim at JKM. Jim had agreed to run the car on his dyno to see whether he could improve on the mapping. As JKM is in Portsmouth this is a lot closer to us and therefore far more convenient.

As this was the first time Jim had seen the car he started right from basics. This approach uncovered a fundamental flaw in a part we had manufactured some time ago.

The computer that controls both the ignition and fuel systems on the car needs to know exactly what cycle the engine is on at any moment. To accomplish this a trigger wheel was made for us, the idea of this is a wheel that is fixed to the crankshaft with a number of raised points around its circumference. There is a point every ten degrees and this is ‘counted’ by a stationary pick up. So the computer knows exactly which of these is which, one is missing. This is at a very specific point and from this the computer knows where we are.

As it happens, when we worked out the size of our timing wheel it was immediately apparent that no organisation made this part so we had to design and fabricate it ourselves. 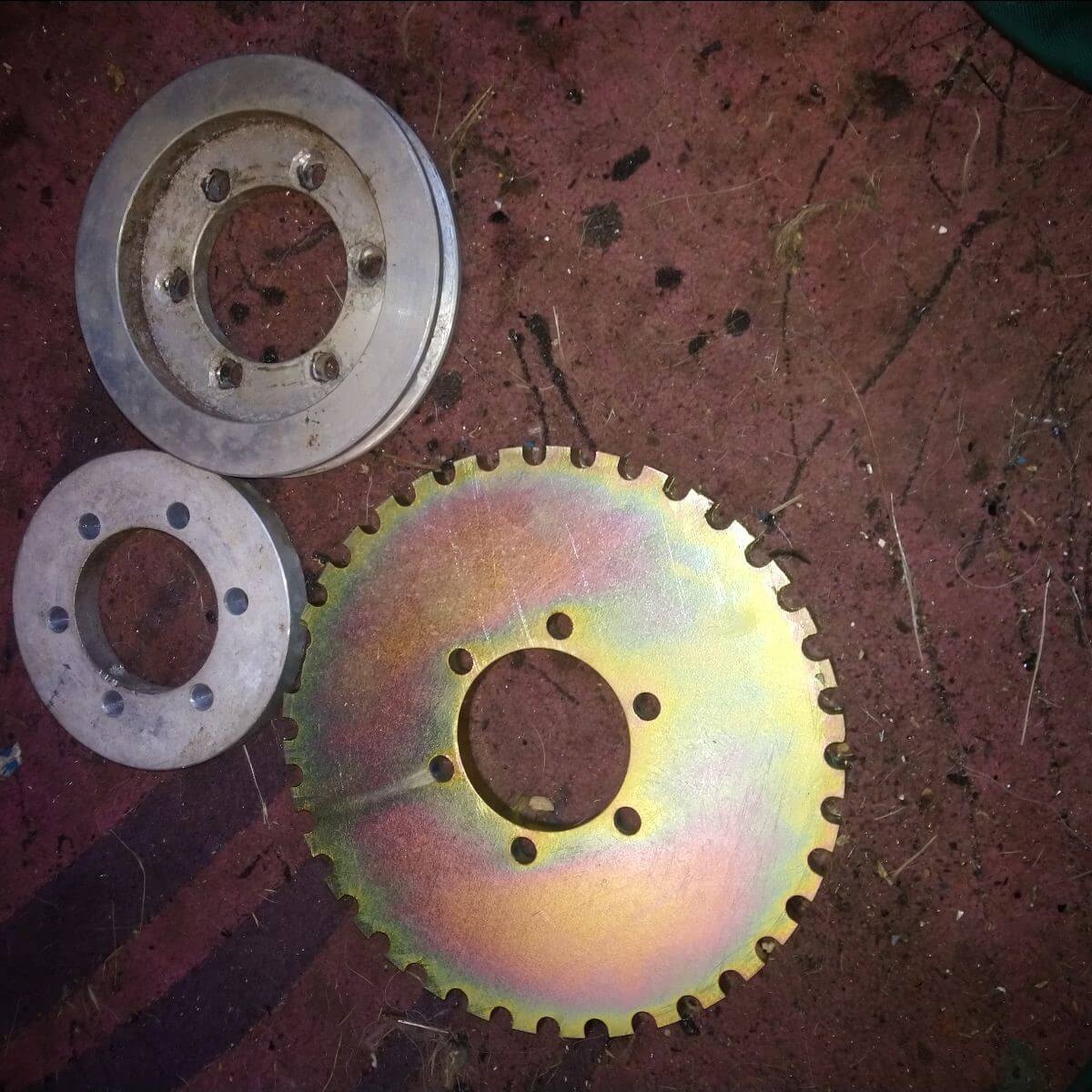 Once the timing wheel was made we fitted it to the end of the crankshaft.

As each point on the wheel passes the pick up a small electrical charge is induced. To make sure the induced charge is neither too big nor too small, the gap between the pick up and the wheel is crucial.

Jim was getting some very strange readings as the engine revolutions increased which were ‘confusing’ the computer.

On closer inspection it turns out that the outside circumference of the timing wheel was not perfectly round. The upshot of this is the size of the gap increased and decreased, causing uneven readings. 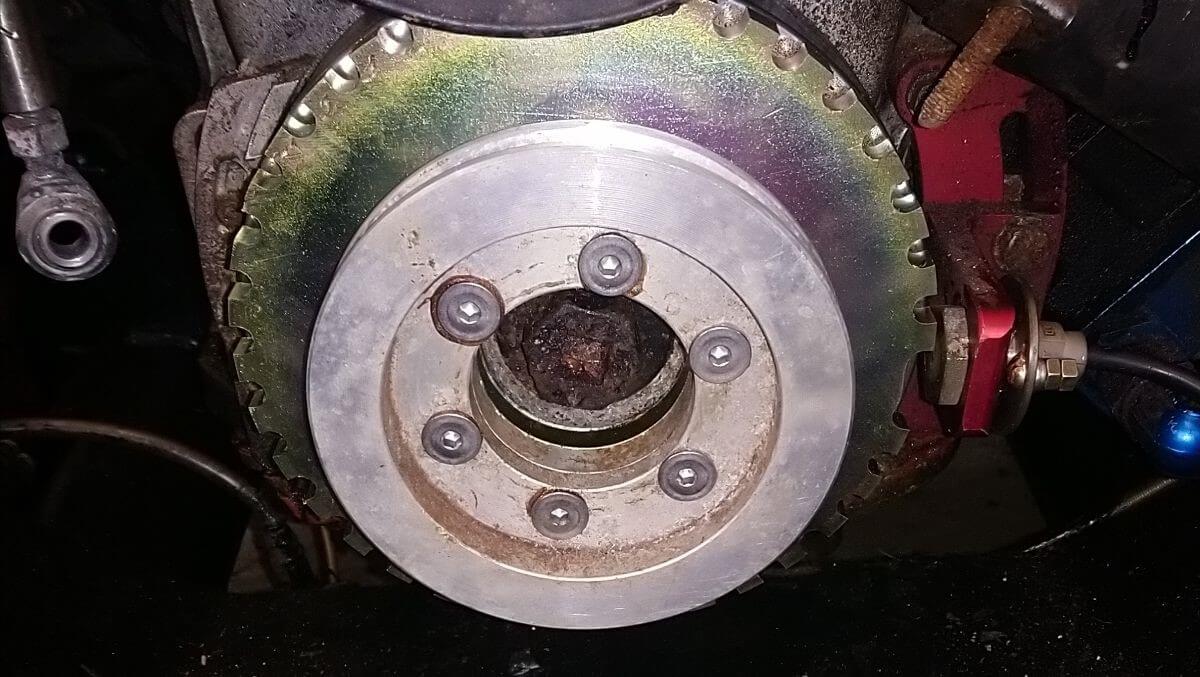 Once again our fantastic engineering team found and fixed the issue. We also ensured that should we ever need to remove the wheel in the future it will always be correct upon refitting.

As part of this and a few other jobs to be done we had to remove the radiator. As the radiator is a relatively fragile item we had taken to storing it just by the workshop door outside.

Our workshop is built in Ian’s back garden and so storing things outside has always been relatively secure.

Until last weekend, when some light fingered larcenist decided to break into the garden and steal our radiator. Whilst its quite unlikely these miscreants needed the radiator for their Jensen it does, unfortunately, have some value as scrap!

This obviously was very irritating to say the least, but once again it became an opportunity.

Unsurprisingly Jensen C-V8 radiators that have been modified to our requirements are few and far between. What we needed was to obtain another radiator so we could take the dimensions from it and also run the engine until a properly modified one could be made for us.

Thankfully, we are part of the family of Jensen owners and as this project has shown time and time again, the generosity of spirit amongst Jensen owners is truly wonderful.

We put some messages out on both social media and on the Jensen Owners Club internet forum.

Within a day we had been offered three radiators on loan.

To say we are grateful would be a massive understatement.

As such, the new radiator has been ordered and the loan item is in place and ready for our next run. 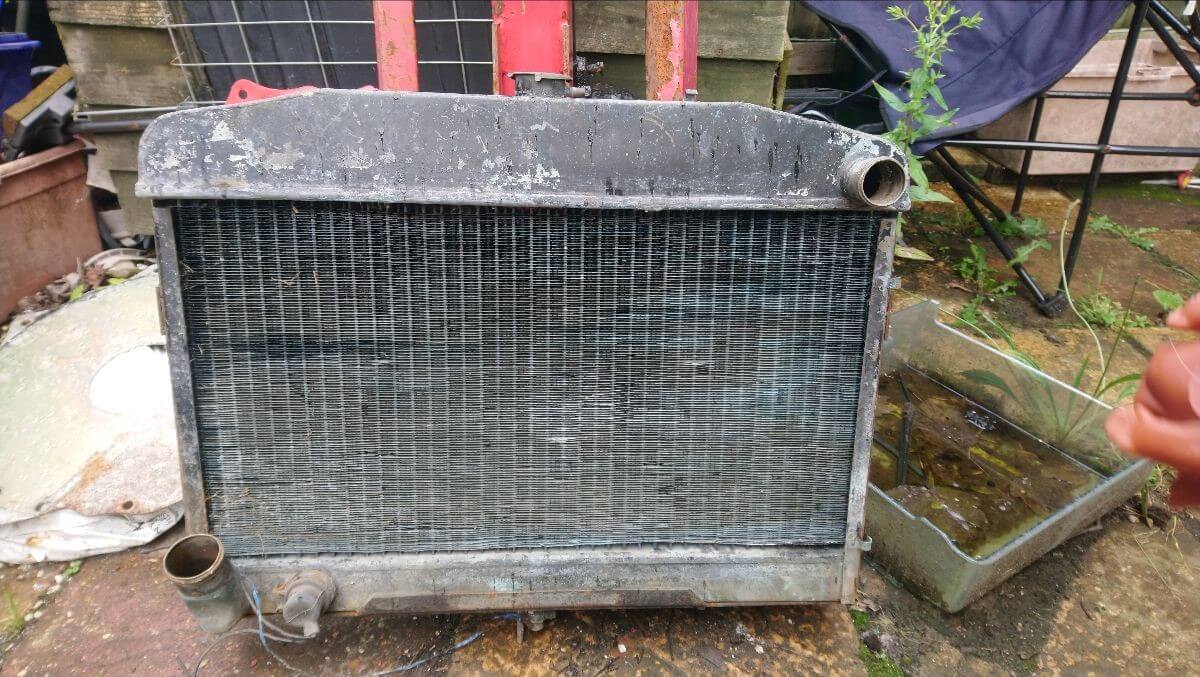 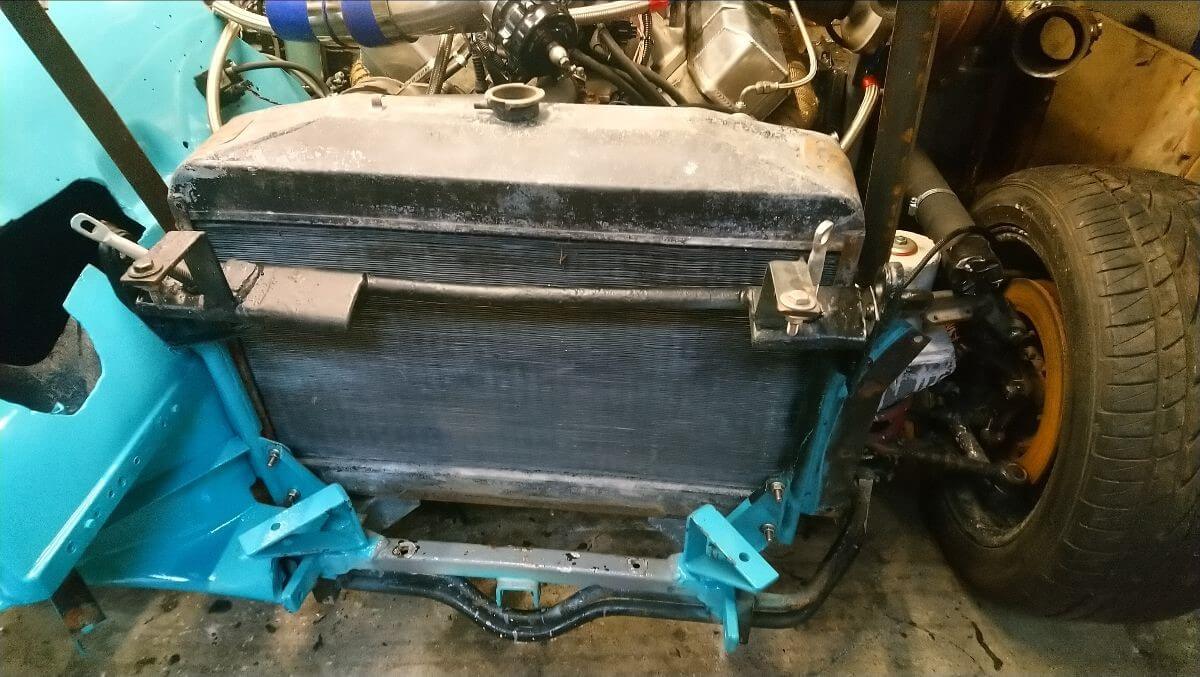