This should have been our final post before we left for speed week this year. Quite obviously that’s not happening!

We have also learned that a number of teams from the UK that were building their vehicles in the USA have also had to cancel their plans. We share their disappointment and would encourage all of them to continue the work towards next years event.

When it became obvious that we were not racing this year the decision was made to try and keep the momentum of the build going. As such the next step is to finalise the mapping of the engine. This final step is crucial as we need to get this completed before we finalise the engine compartment layout.

Alas, poor Jim in Portsmouth has fallen ill and so will not be able to complete the tuning as hoped for. We are looking into various other options but are hoping that this is simply a minor hiccup on our tuning road.

Watch this space for news on that score.

In 2019 Ian did a number of presentations to interested parties about our adventures at Speed Week 2018. Attending one of these was a lady who is part of the organisation team of The British Motorshow. This annual event held at nearby(ish) Farnborough Conference Centre is a showcase for new, classic and unusual cars.

The lady concerned invited us to be part of the Crazee Creations section of the show. We had been declining her invitation as we were supposed to be racing in America. Despite the fact the entries needed to be confirmed in March this year she had been keeping a space for us. As soon as it became obvious we were going to be available she reinvited us and we of course accepted.

The upshot of our show attendance is that we now have to get the car ‘show ready’. Since our shiny new paint job, as mentioned before, we have not put the car back together in full race trim.

Of course all of this was going to happen anyway but has given us the impetus to get on with the front splitter and flat floor.

Harry and Ian have been toiling away on this particularly heavy and complicated task for some time now. Finally the work is starting to bear fruit. 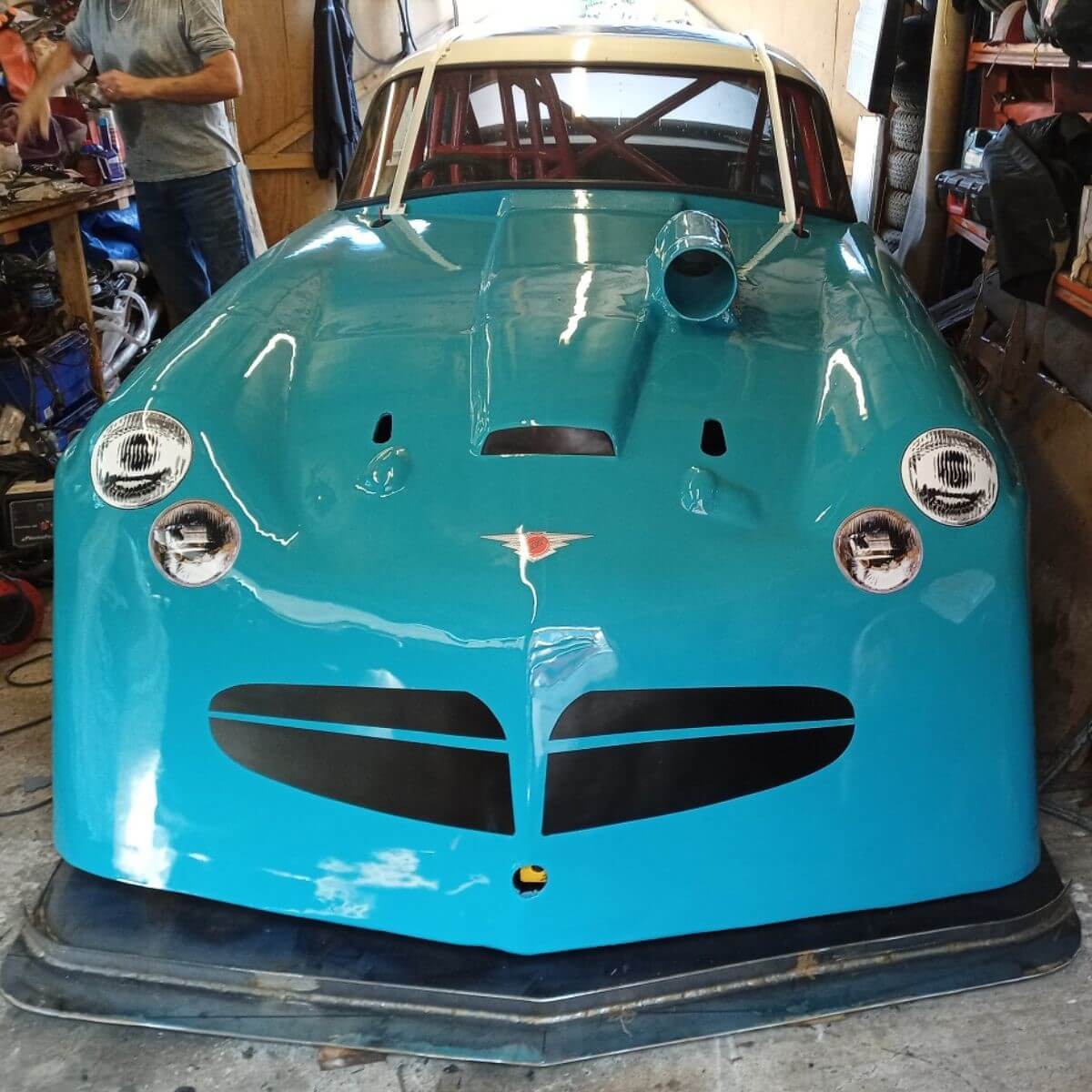 This also entailed remounting the parachute mounting to suit the new wing. 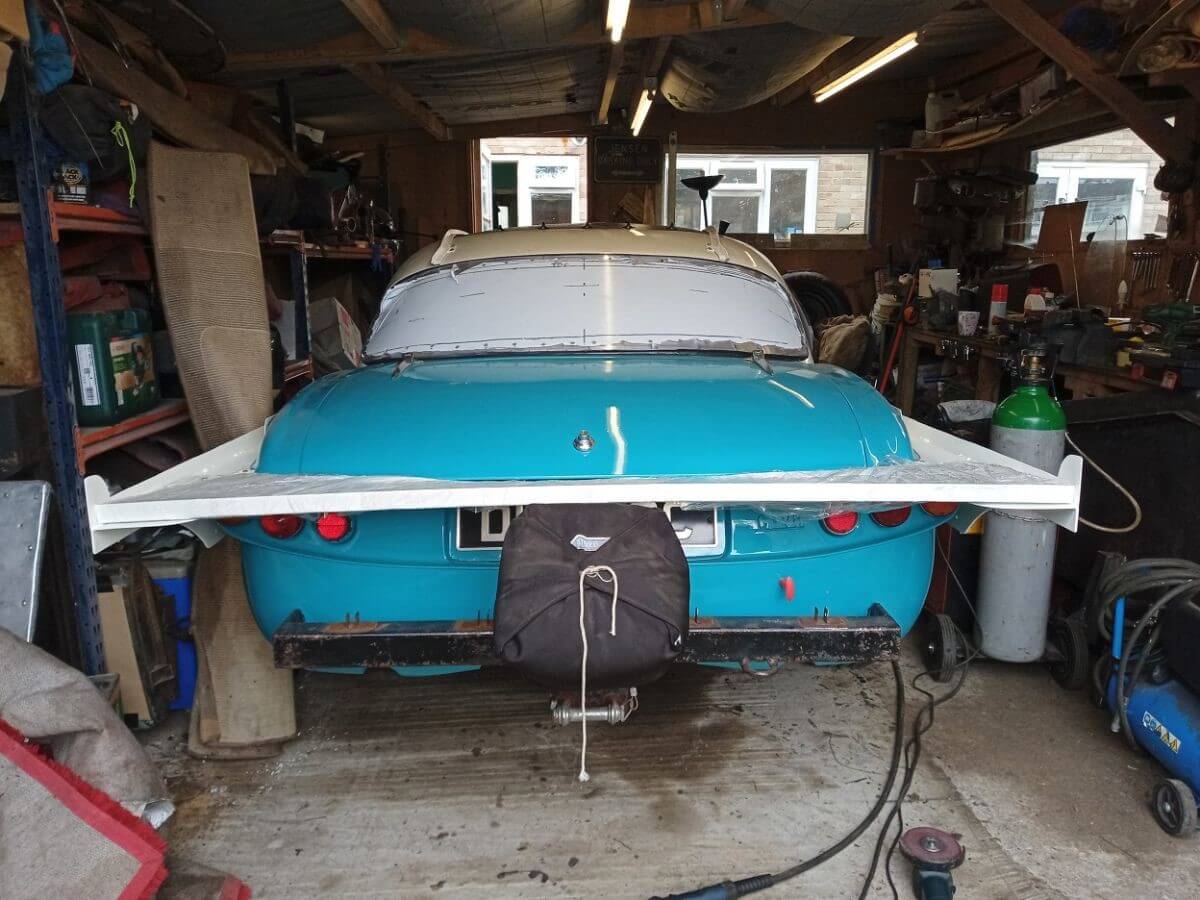 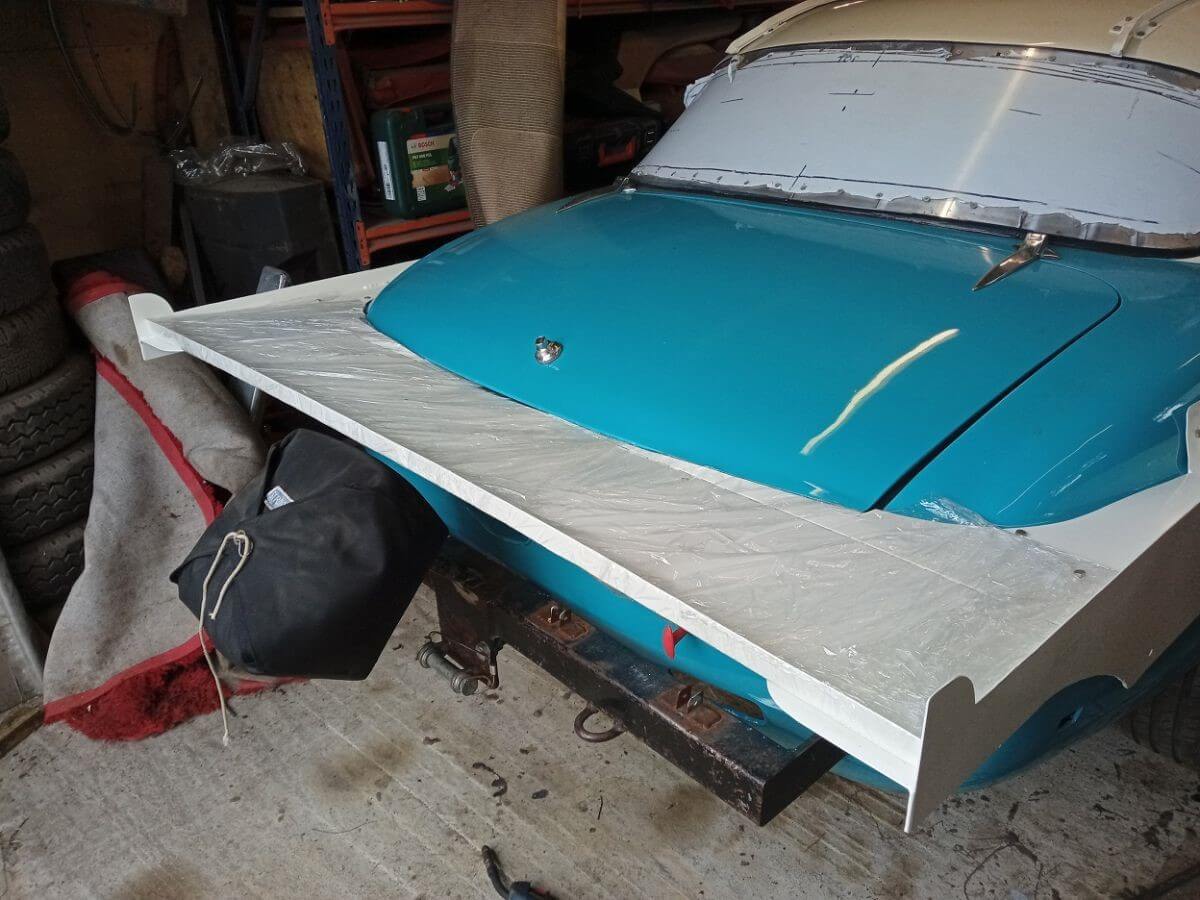 Hopefully we’ll be able to meet up with some of you at the motorshow in August 19th to 22nd.

Also a number of our American friends will be attending this years fun and games at Bonneville. We are sure they’ll have a fantastic time and we ask them to take as many photos as they can.

For those racing, go fast and stay safe and for those spectating tip a cold one for us!

If you’re there and not a member, drop in and say ‘Hi’ to the Bend in the Road gang and share their company for us.