Keeping up the momentum

Firstly, we’re going to start this message with an apology. The spelling mistake in the last message was unforgivable. It does however highlight how upset the author was at having to write such a disappointing message.

As usual we are indebted to all of our supporters and suppliers, but sometimes someone will go above and beyond to help us with our project.

With this in mind we would like to single out Marcus Davies of Davies panel works. As part of our planning for our trip to America the final job on the list was a respray.

The car had never been painted in Ian’s ownership and was really showing its age. The various stresses and strains it had been under over the last few years hadn’t been too kind to the bodywork either.

As such, the plan was to make it beautiful again before our return to the salt. 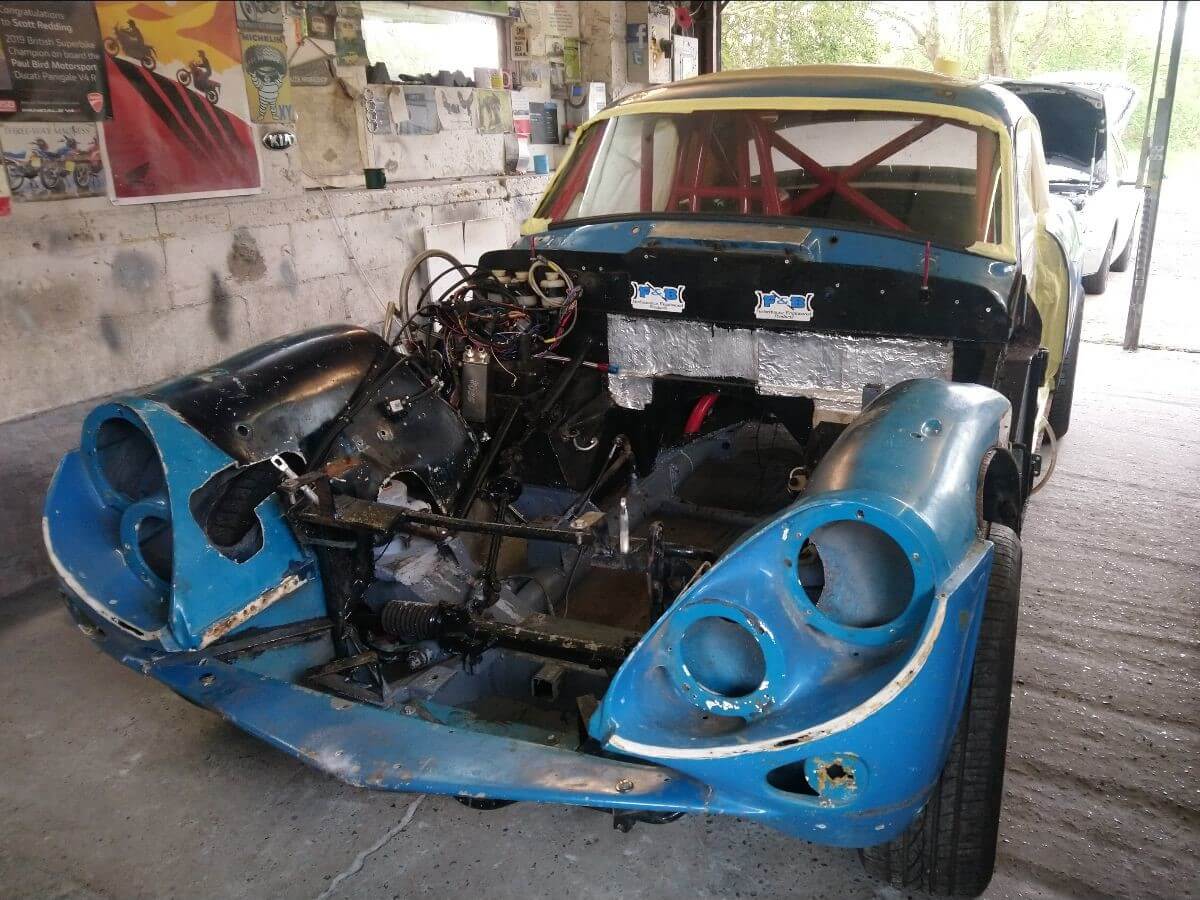 Once again, we ‘whipped’ the engine back out. We then, for the first time in quite a while, put both front wings and the centre front panel back on. Once the car was in a lot fewer pieces than it had been for a while we delivered it to Marcus’s state of the art bodyshop and spray booth. 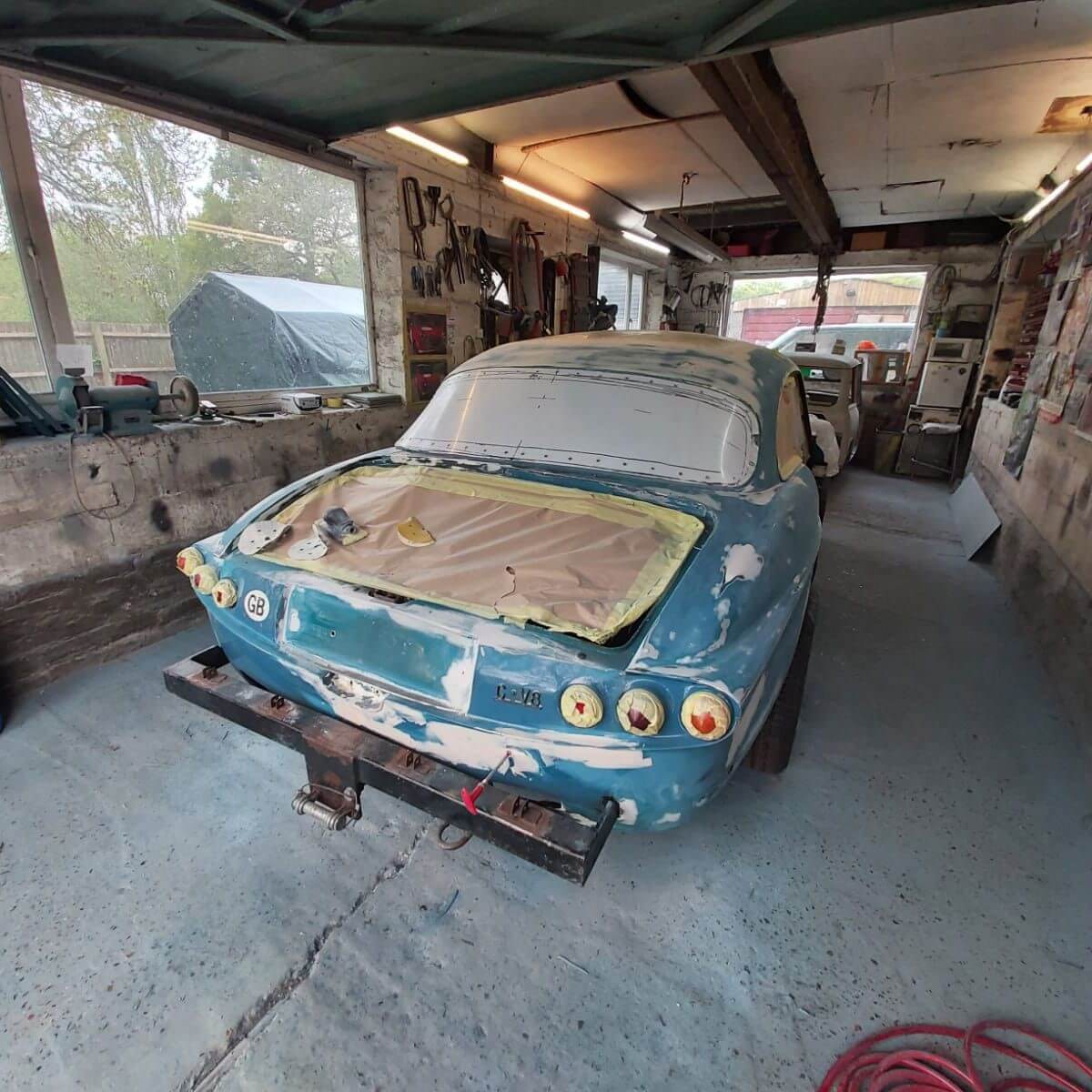 The worst of the blemishes were all removed by hand before the car was moved into the spray booth. 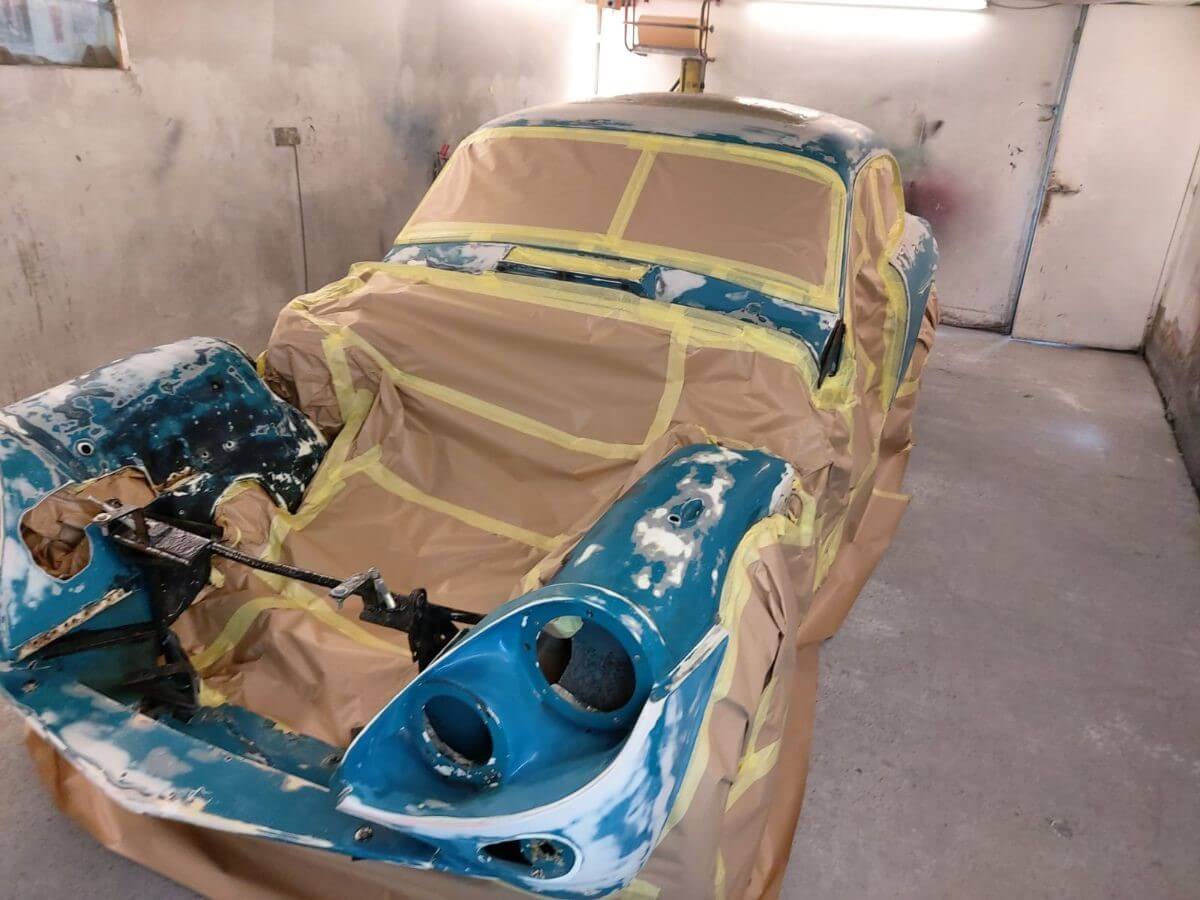 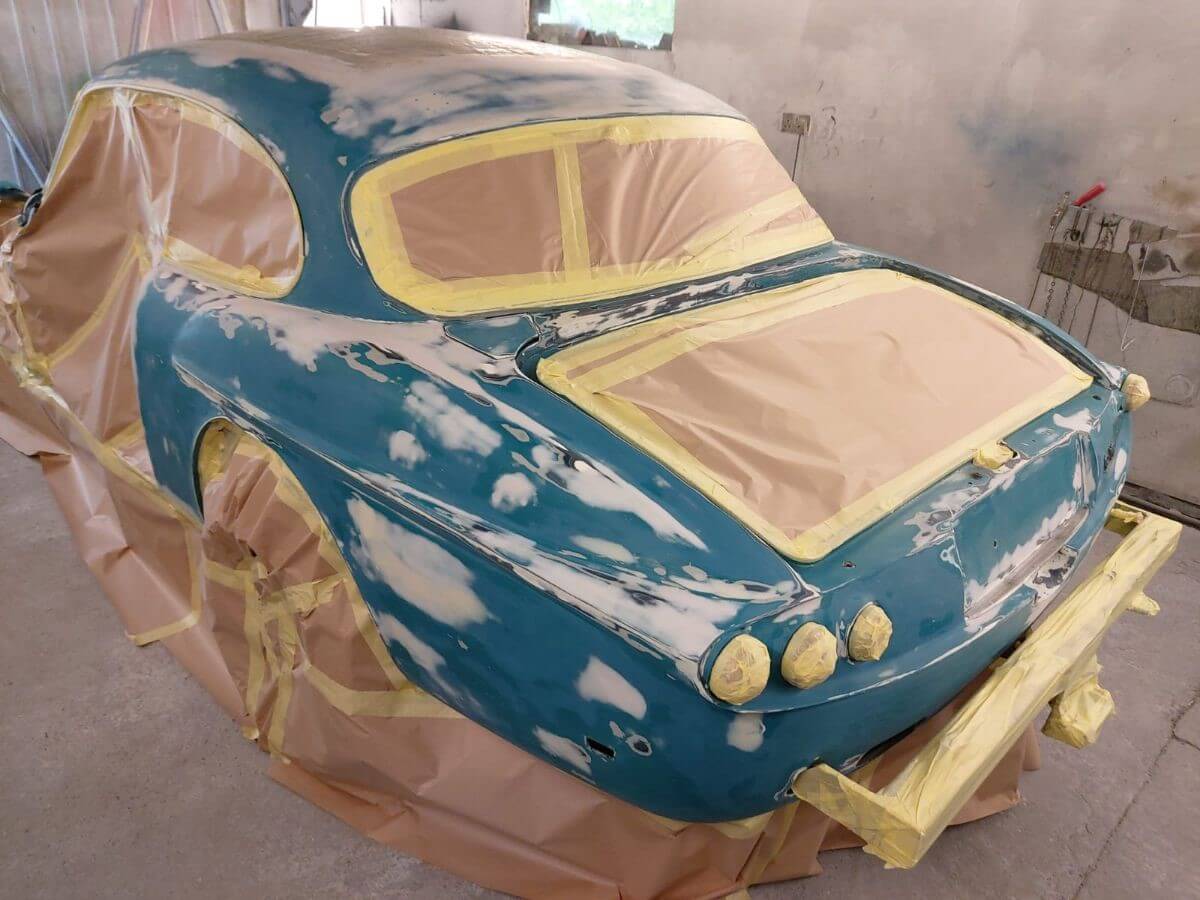 Once in the spray booth the car was masked up and the final prep was finished. 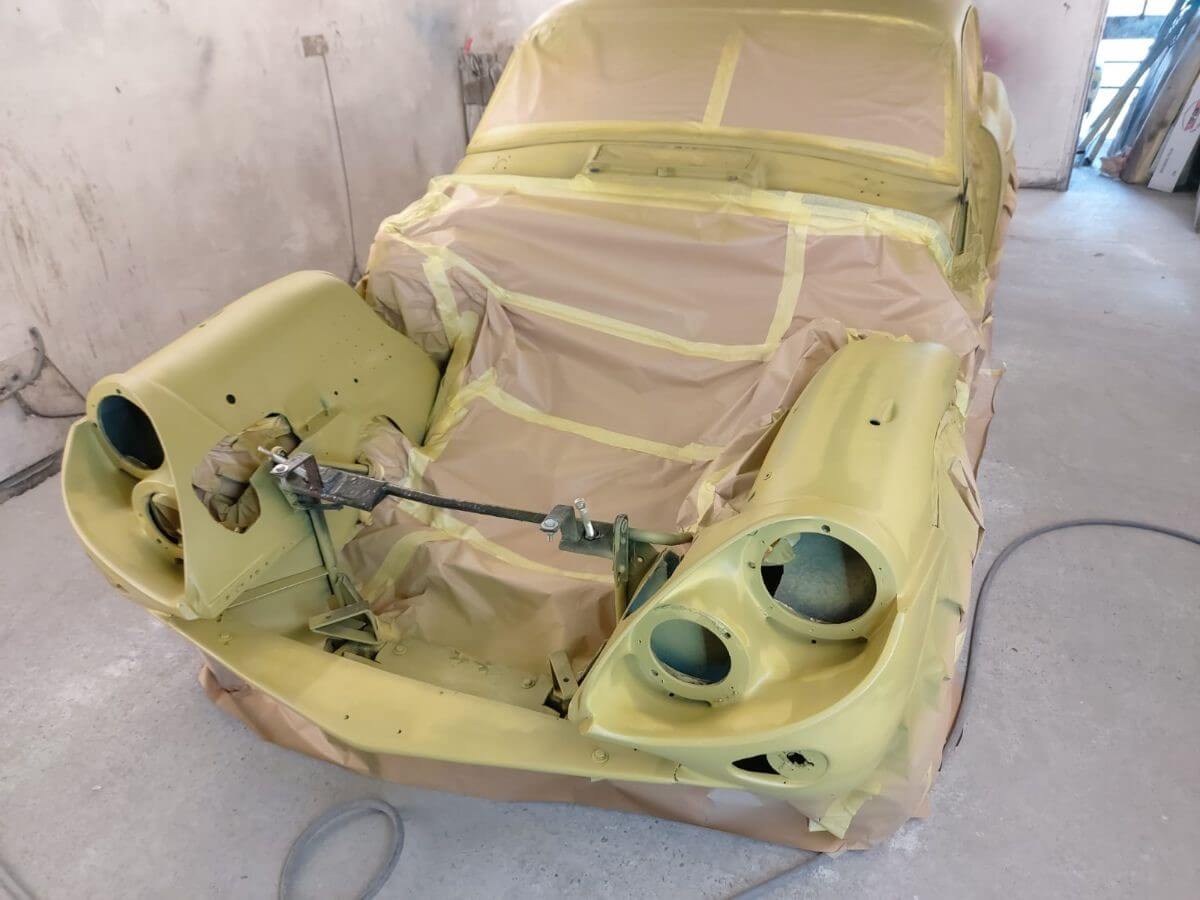 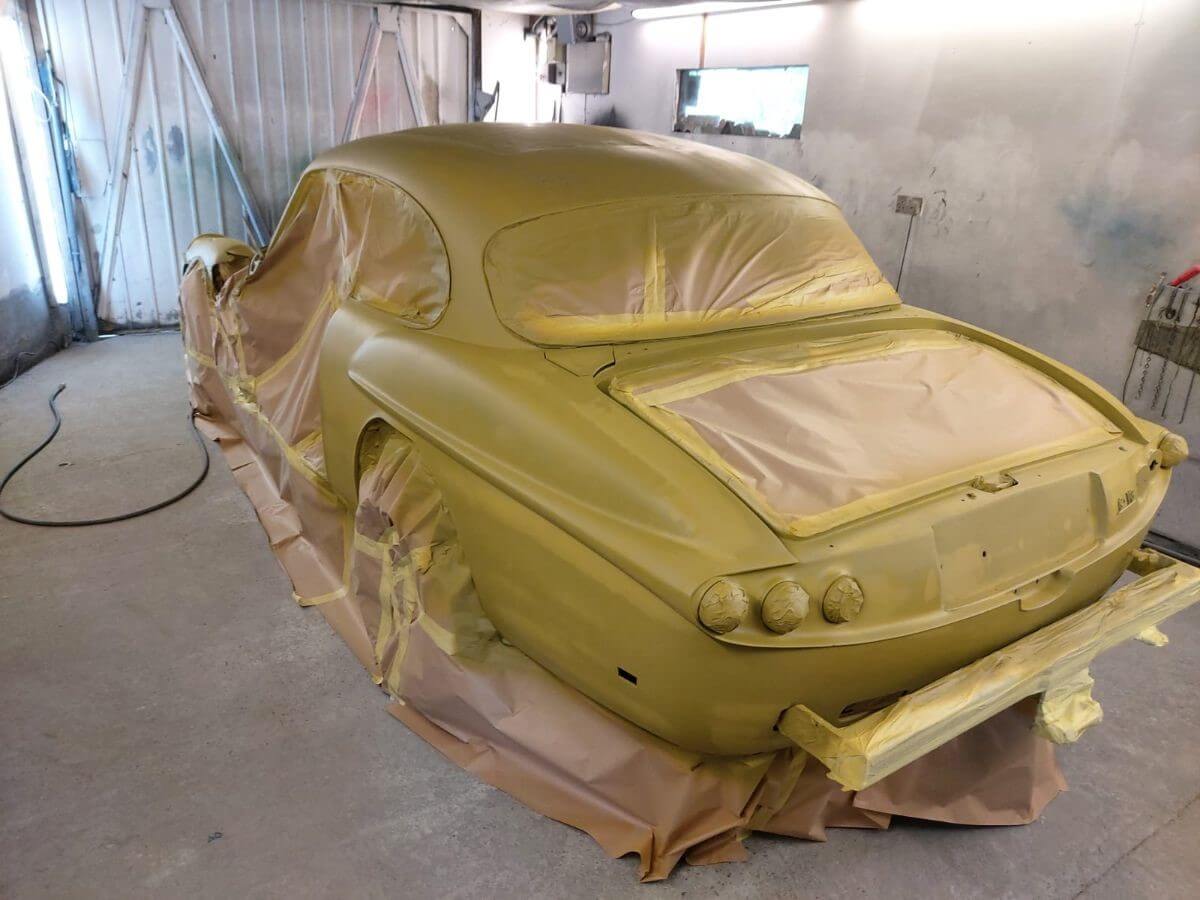 A ‘magic’ undercoat was used to give the car a beautiful smooth base before the addition of primer. 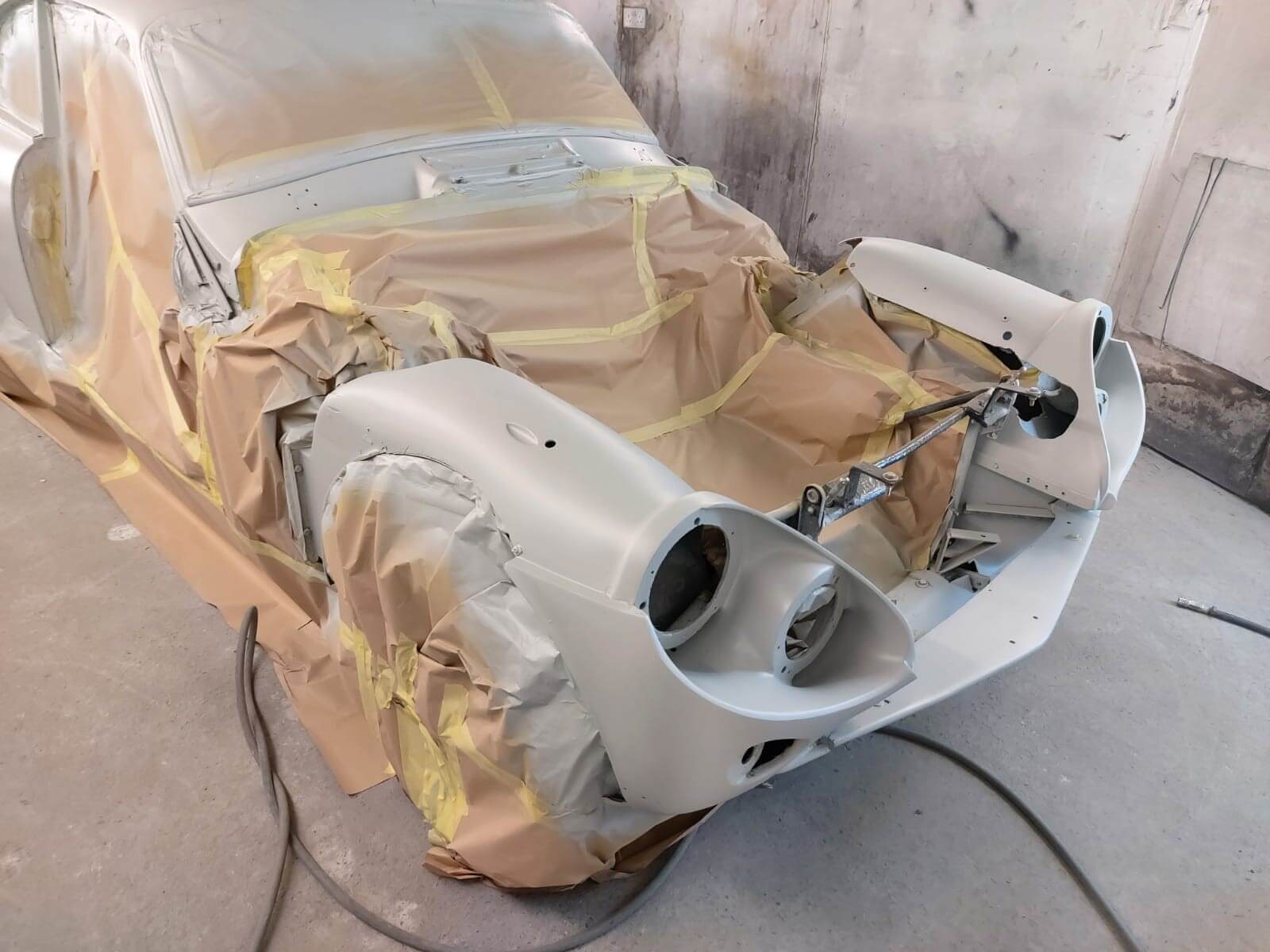 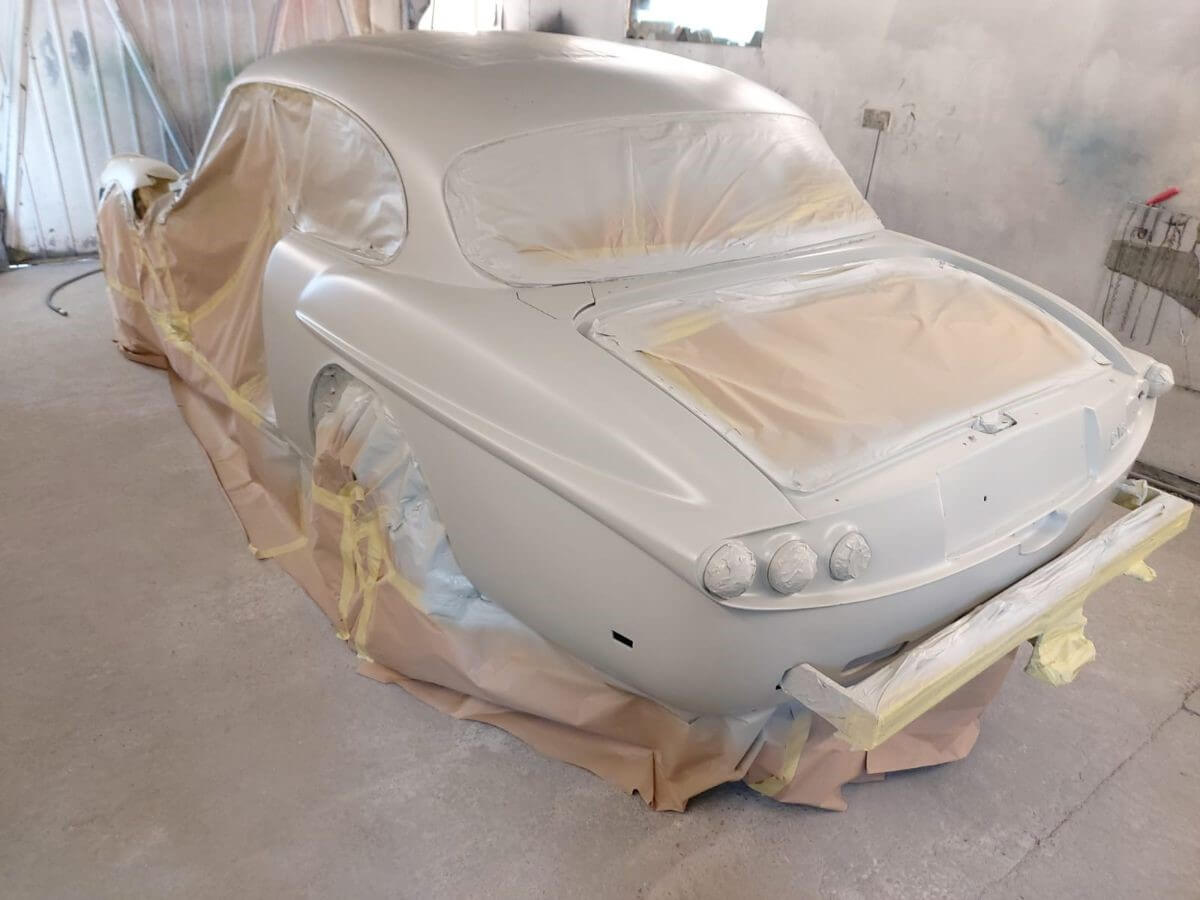 Then the master got to work! 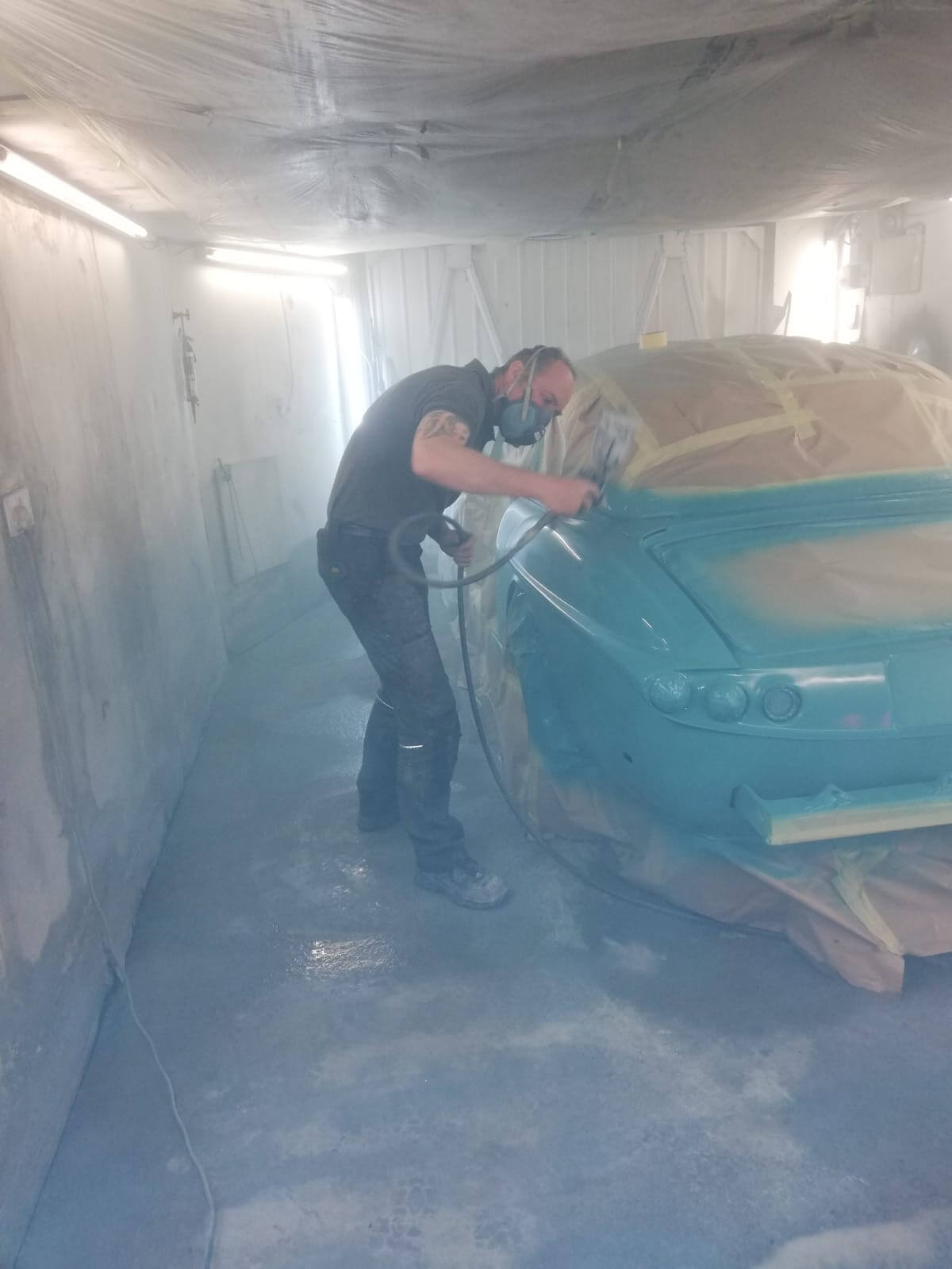 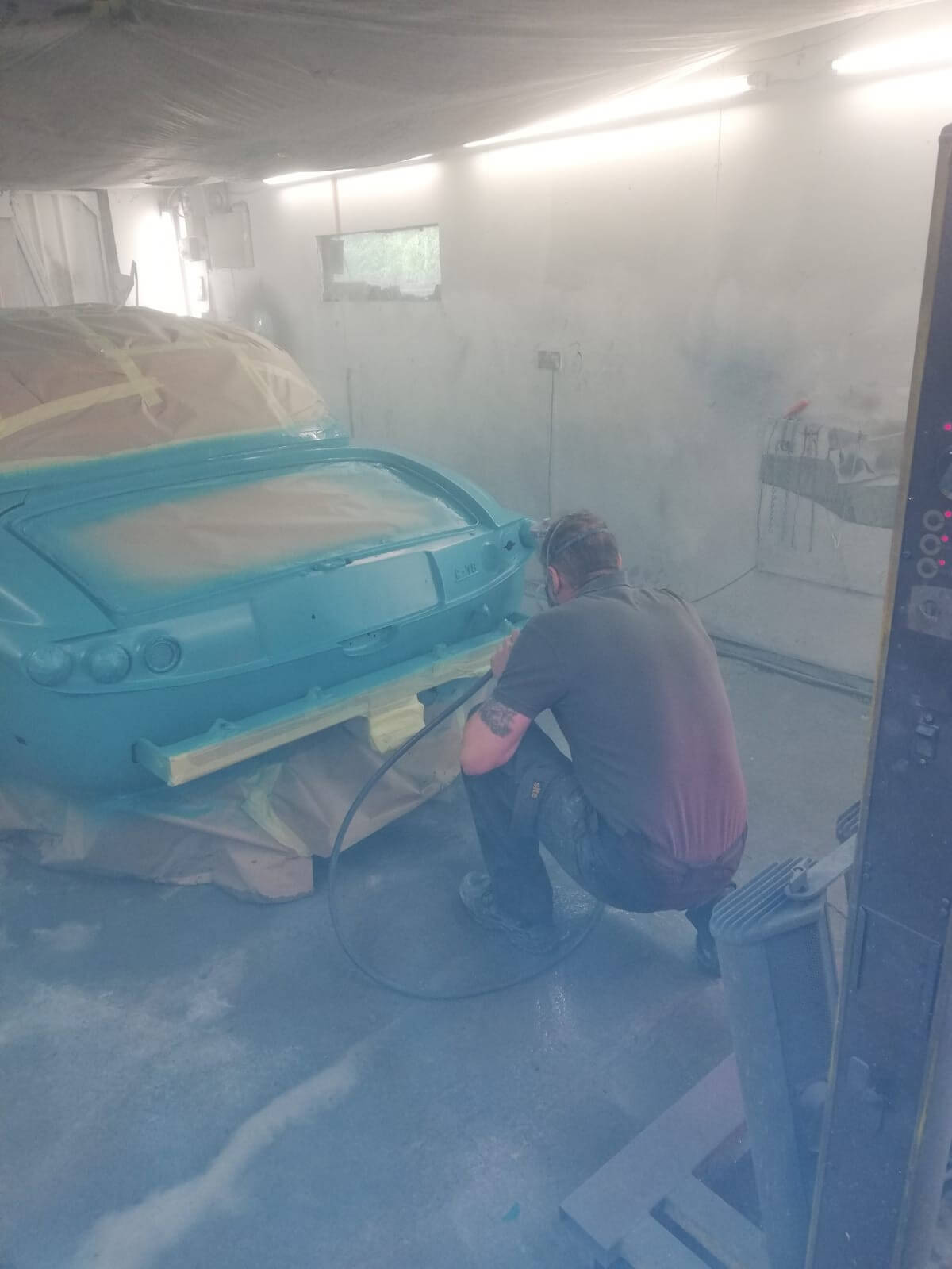 As you can see we have stuck with a blue, all be it a slightly different shade, but we did decide to get creative with the roof.

When the original sliding sunroof was made some very inexperienced fibre glassers (the team) made and fitted a panel in the hole.

This was never going to look pretty even with a magician like Marcus waving his wand. 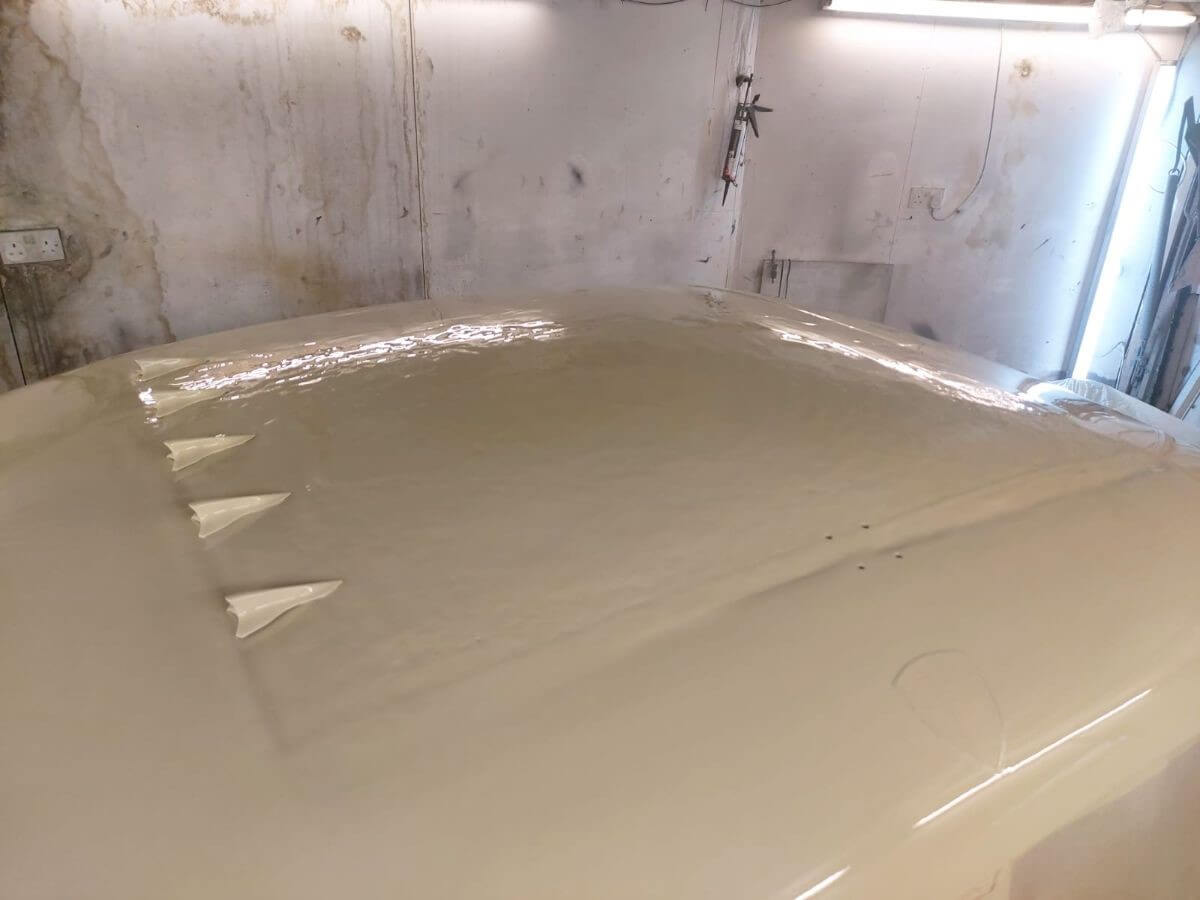 He did however take really good care of our hard earned trophy. 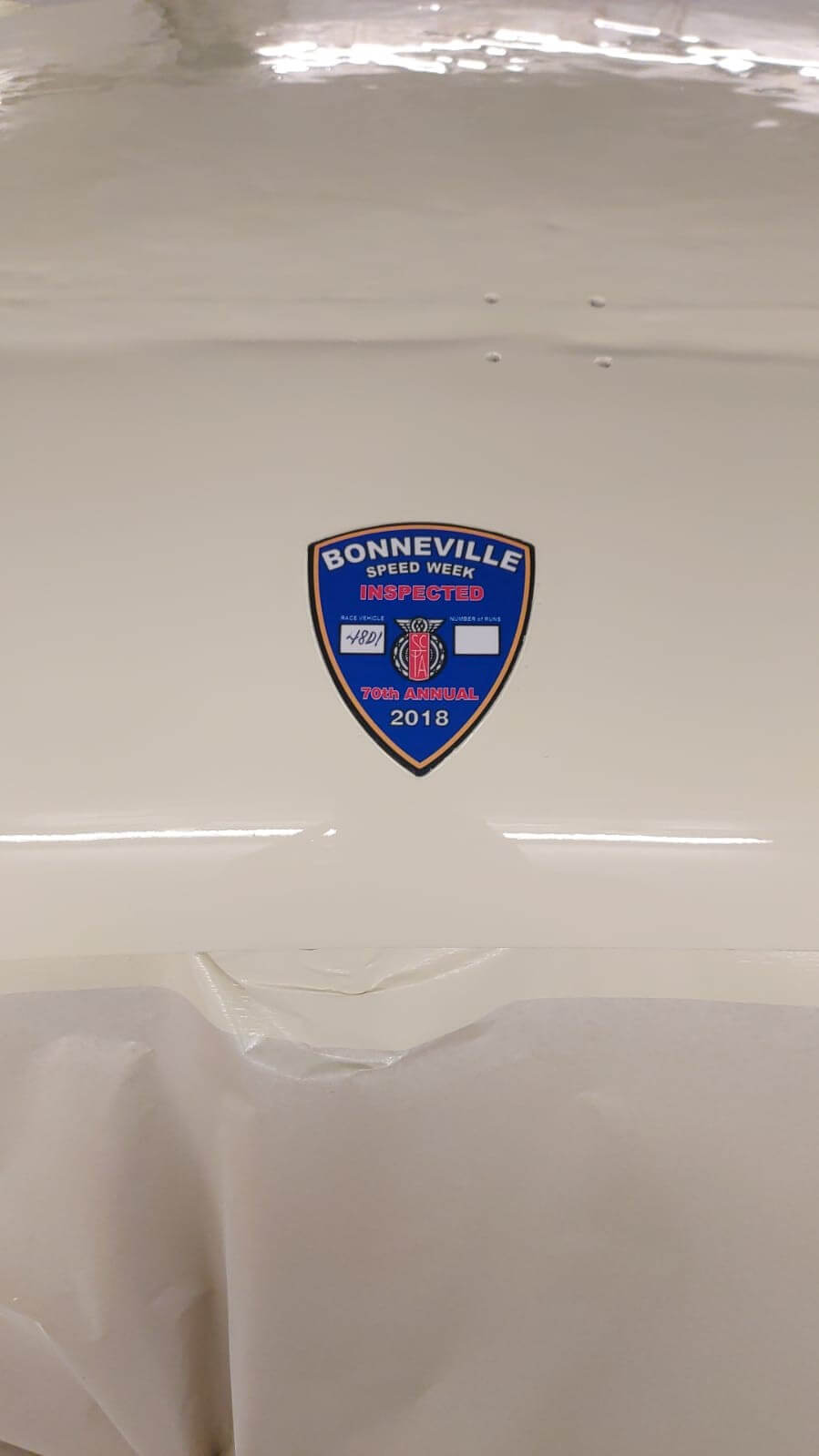 Since the last lockdown began team member Pete has been working from home. As you would expect from a dedicated team member this extended to working on the car.

Without access to the car itself Pete has been beavering away finishing our new aerodynamic bonnet that we started over a year ago. 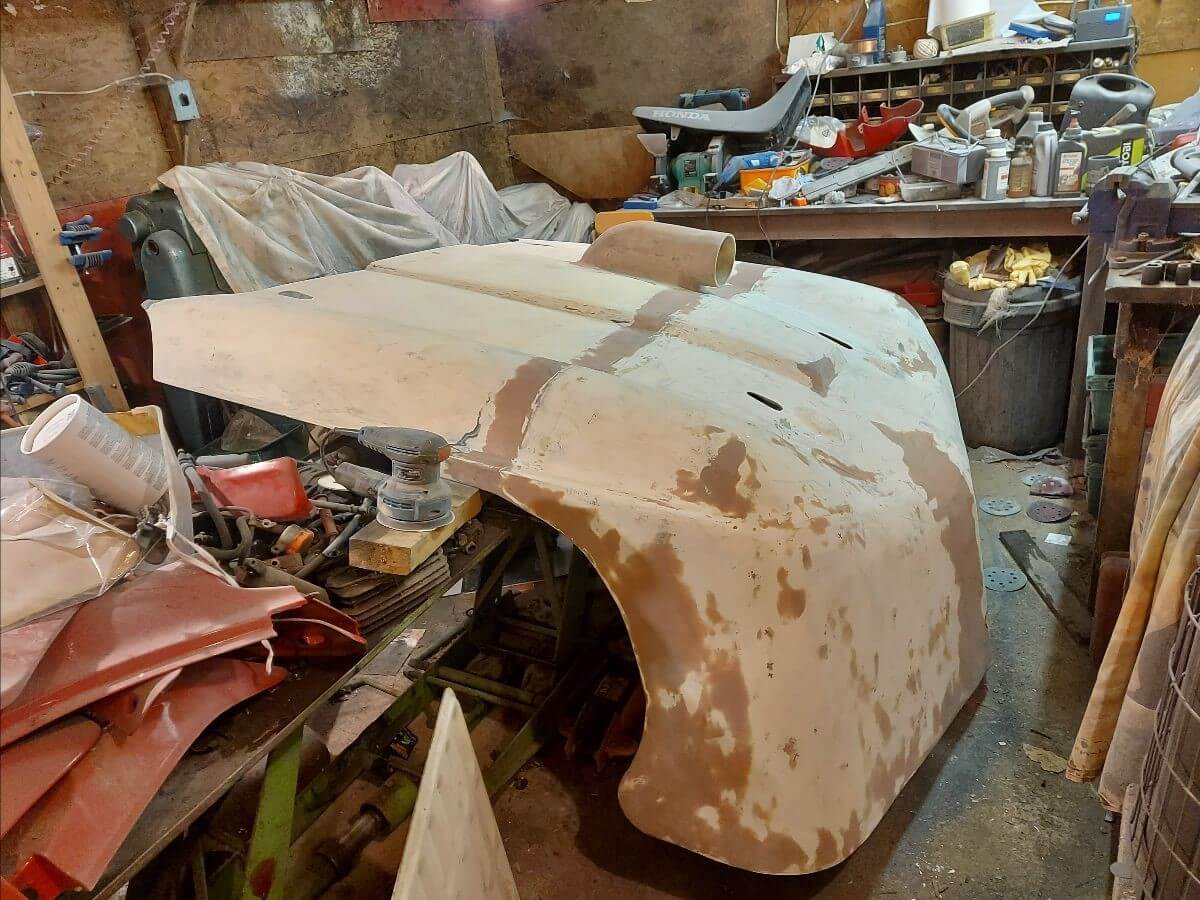 The above image does the actual work that Pete put in no justice, when the bonnet was delivered to the paint shop it was amazingly flat smooth and looked like it had come from a factory.

Once Marcus had given it its first coat of paint and added some finishing touches the final result was nothing short of miraculous. 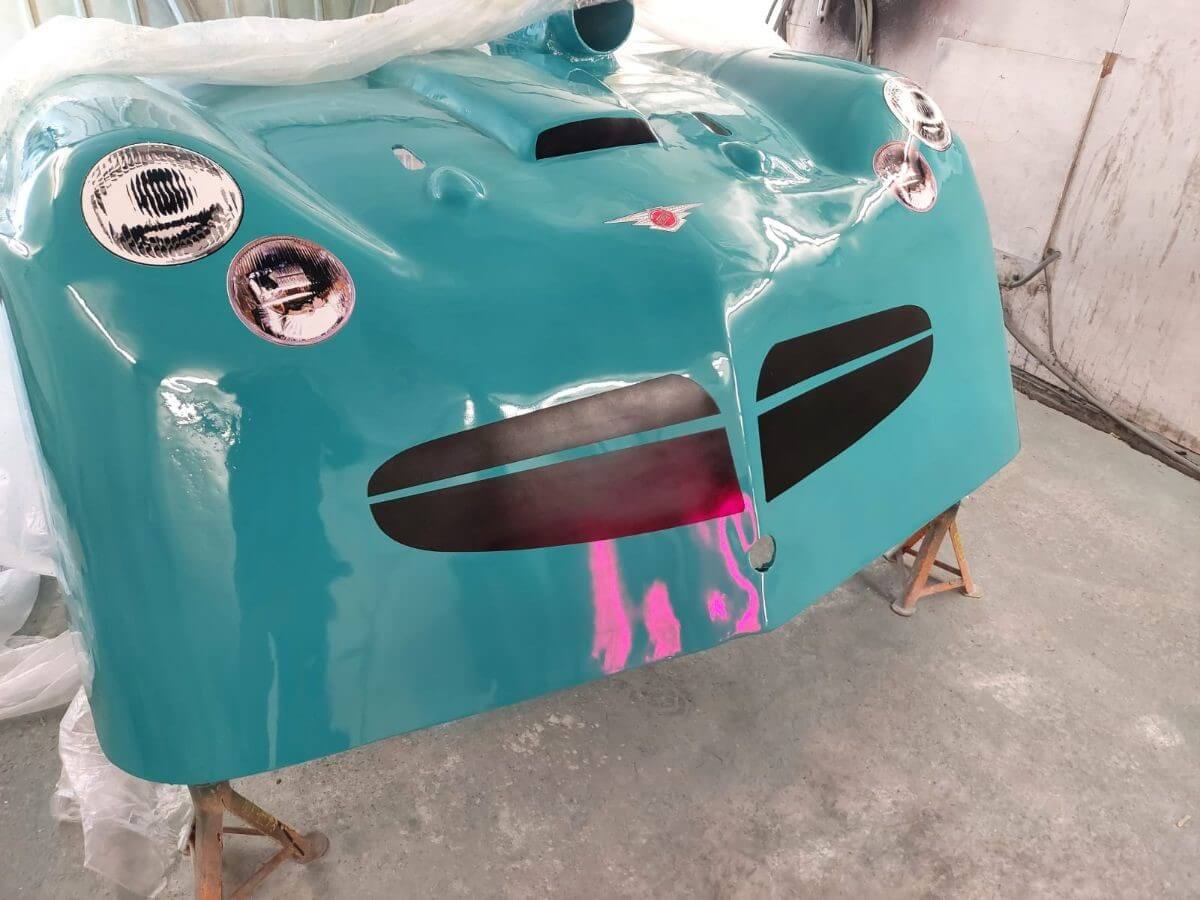 At this point we would love to show you an image of the completed car all in one piece and looking ready to race.

Alas, this is not possible as there is still so much work to do we have simply left the car in bits so we can continue with the engine tuning and some underfloor aerodynamic parts.

This is the best we can offer. 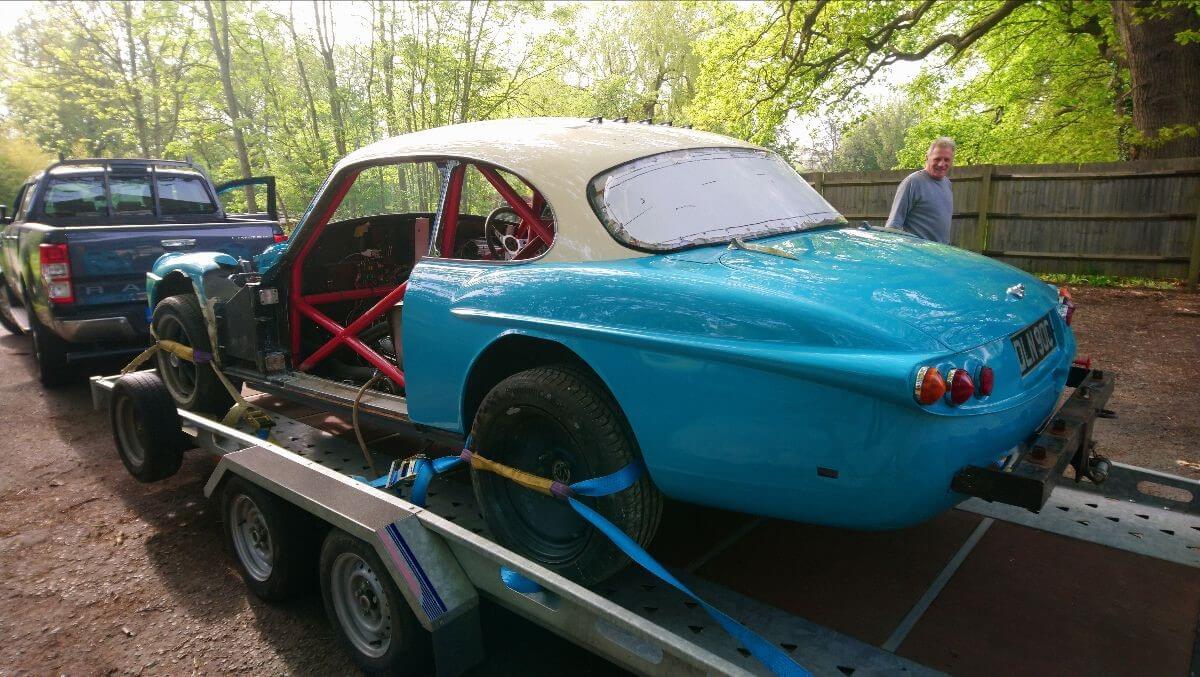 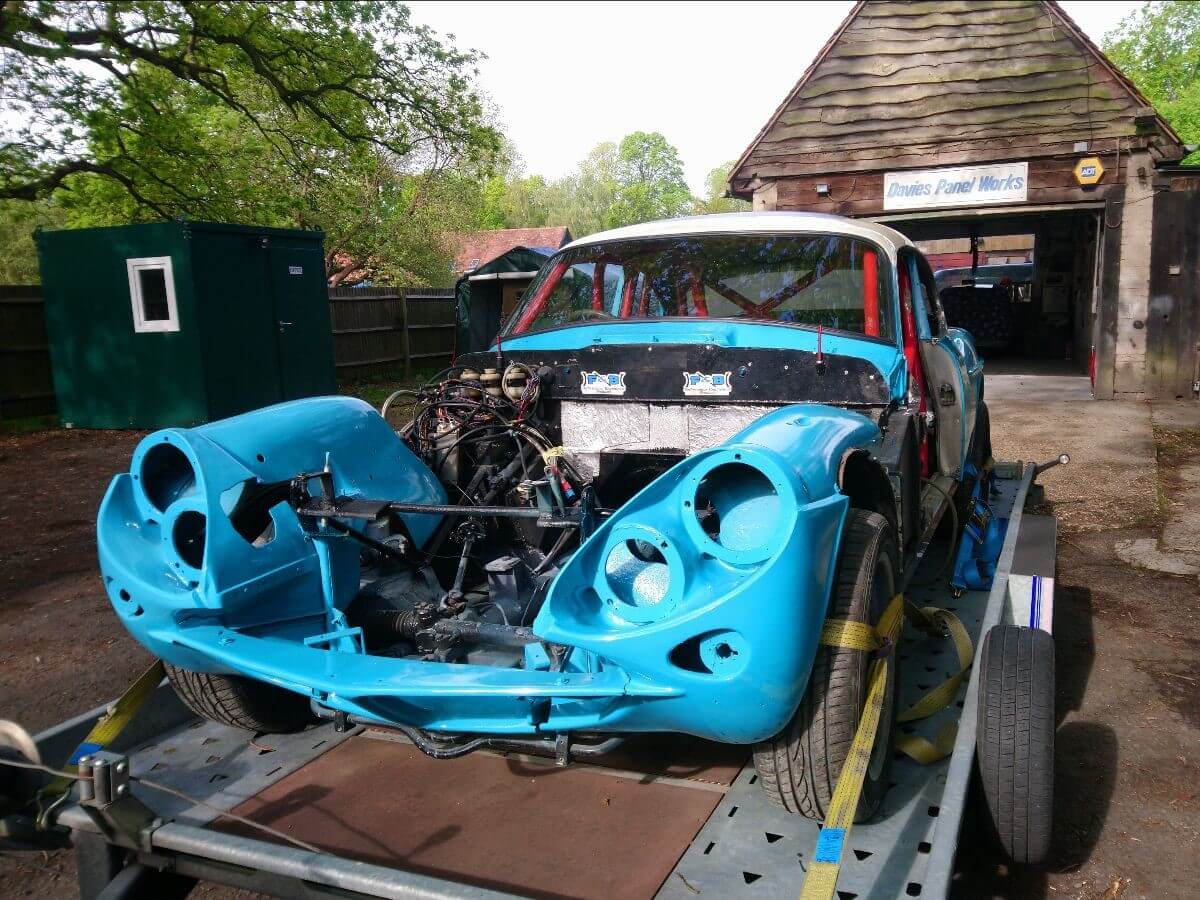 Traditionally we share these messages via social media, however we are only sending this particular update to our subscribers to leave us free for a big reveal when we can get the car back into one piece.

Once again, thanks to you all for your interest and support in our project.