Originally this message was intended to be our report on Speed Week 2021 at Bonneville. We sent our intrepid reporters out there in the form of Smiling Hank, John, Ted and Crow. We have some fantastic images and news about the events on the salt, however that will have to wait for another time as we have our own exciting news from this side of the pond.

Over the last nine months the lovely Lee has been asking us to show our car at the first post lock down British Motor Show. This particular event has been running for many years and has been held at such prestigious sites as Earls Court in London, the National Exhibition Centre in Birmingham and now the world famous Farnborough Exhibition Centre.

Historically this has been the show where all of the major manufacturers have showcased the latest technology and motoring innovation. This year there were some wonderful new vehicles ranging from the latest hyper cars from the likes of Ferrari, Lamborghini and Maclaren to the most up to date electric vehicles from many different suppliers.

The advantage of the new site, at an airport, was a large outside display arena and lack of noise limitations. As a result there was an impressive stunt show and some very exuberant demonstrations of high performance cars.

This also worked to our advantage as it’s the only show we have attended where we have been able to start our car without being told off by the event organisers.

We used this unexpected freedom to impress the press and public alike! 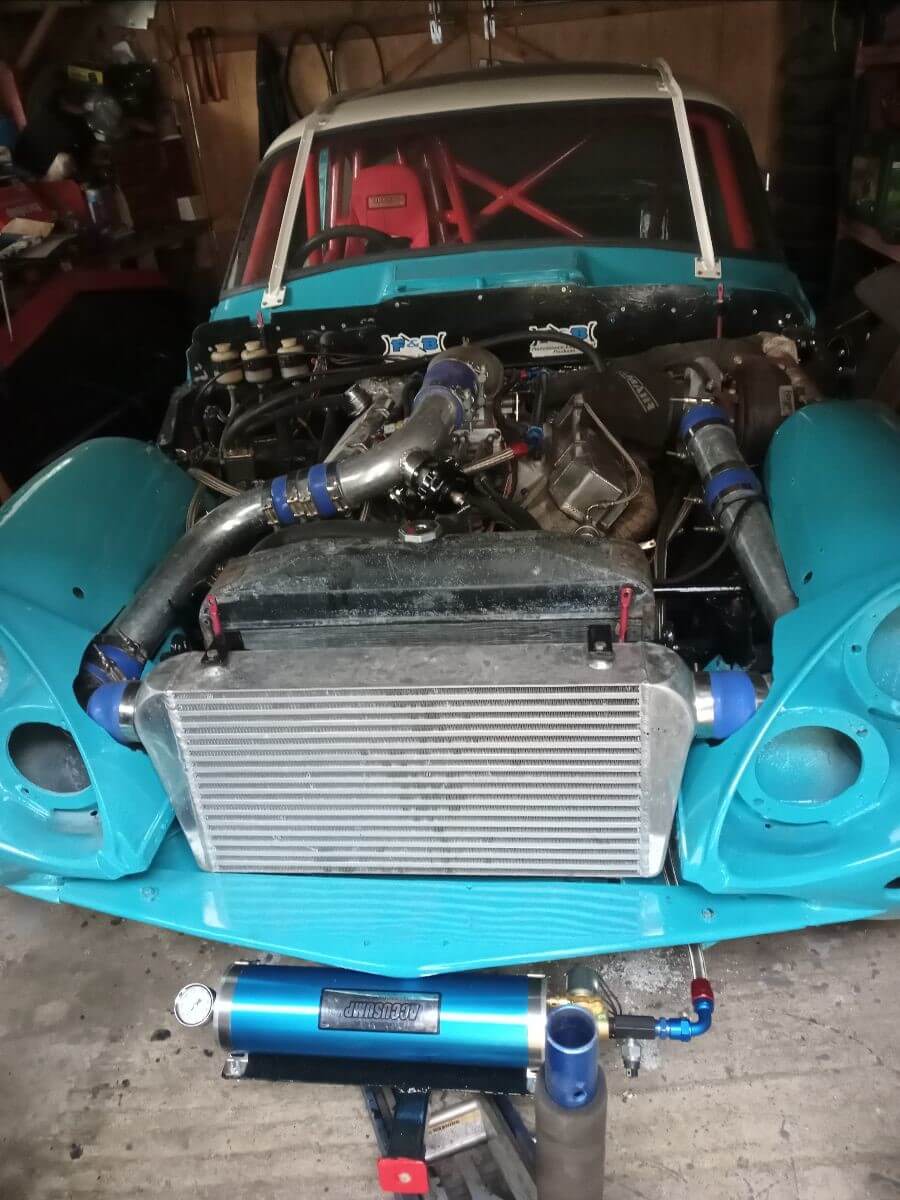 The show was particularly exciting for us as this was our first opportunity to get the car in one piece since we stripped it down for cleaning.

The workshop is not really large enough for our car anymore, as a result we can fit the bonnet or the rear wing but not both.

We put the car together as best we could in the shed and then we ventured outside! 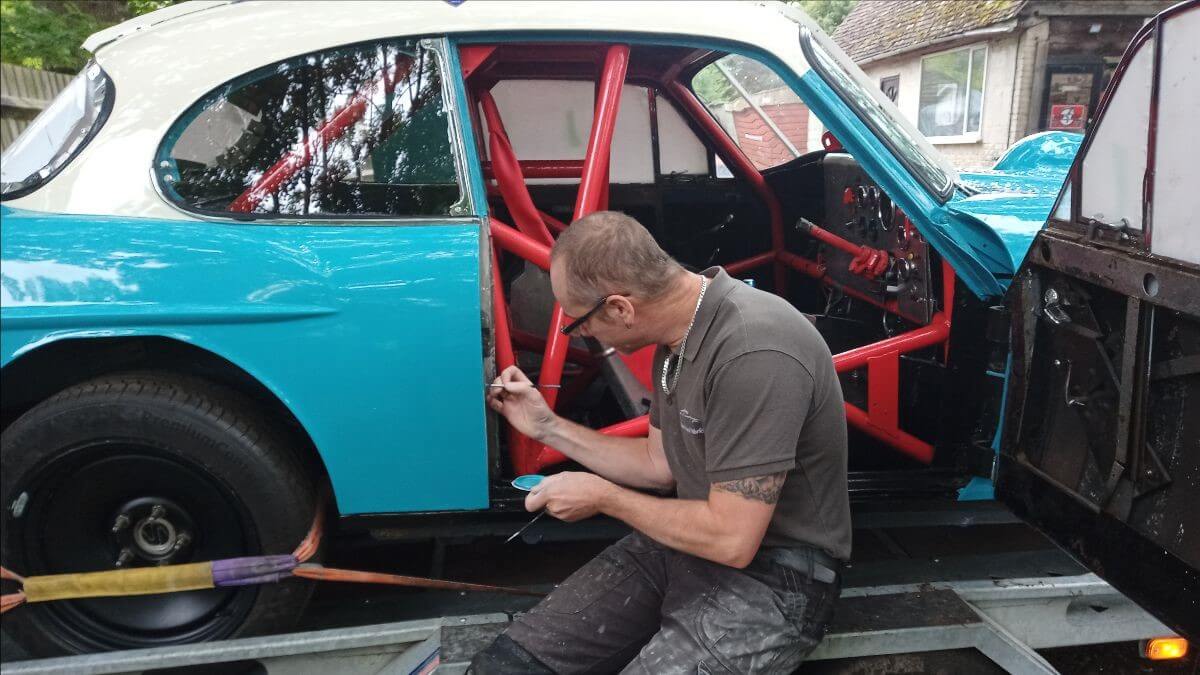 Once again our friends at Davies Panel Works were able to loan us some space (and a little bit of touch up paint !) so we could fit the doors and front wing covers. 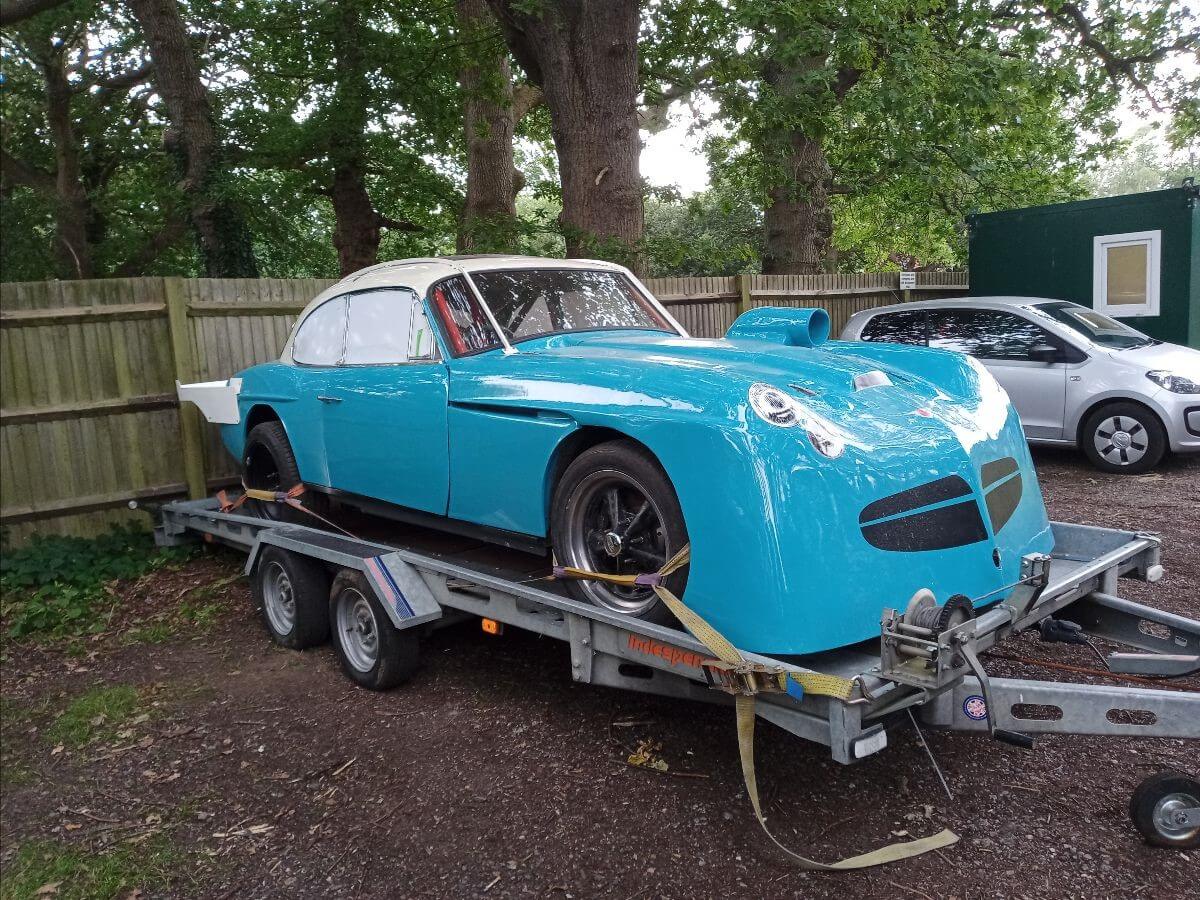 Once we’d made it to the showground for the first time we had the front splitter in place, the bonnet, rear wing and parachute.

A landmark moment for the team. 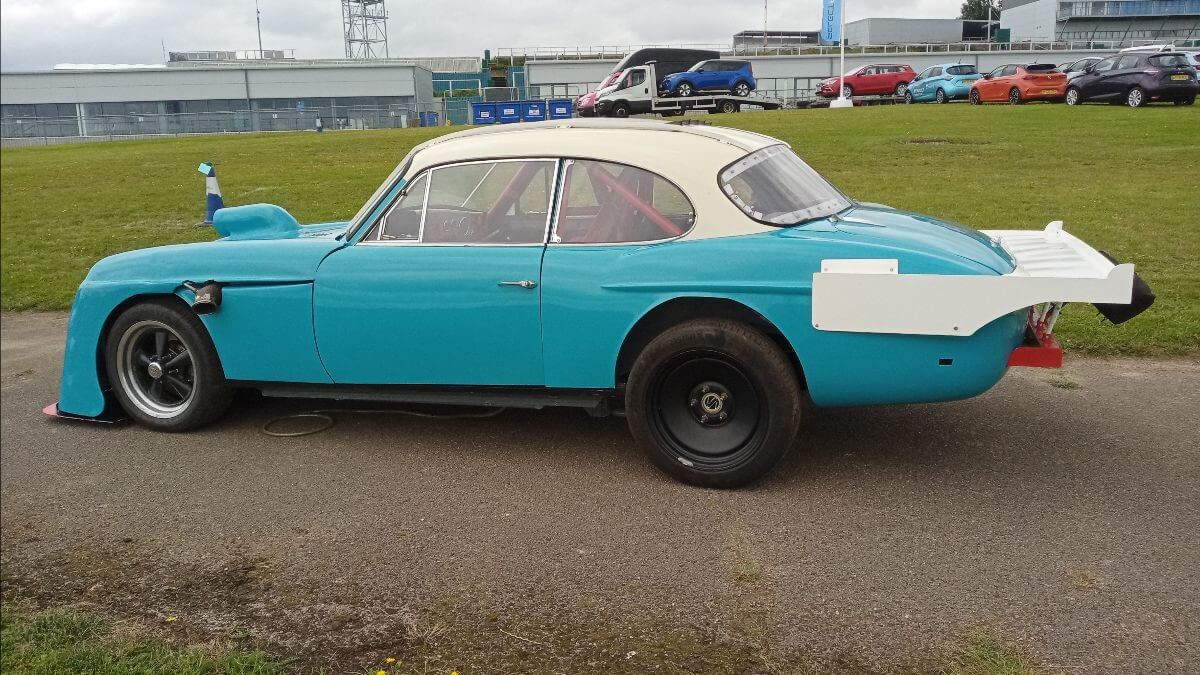 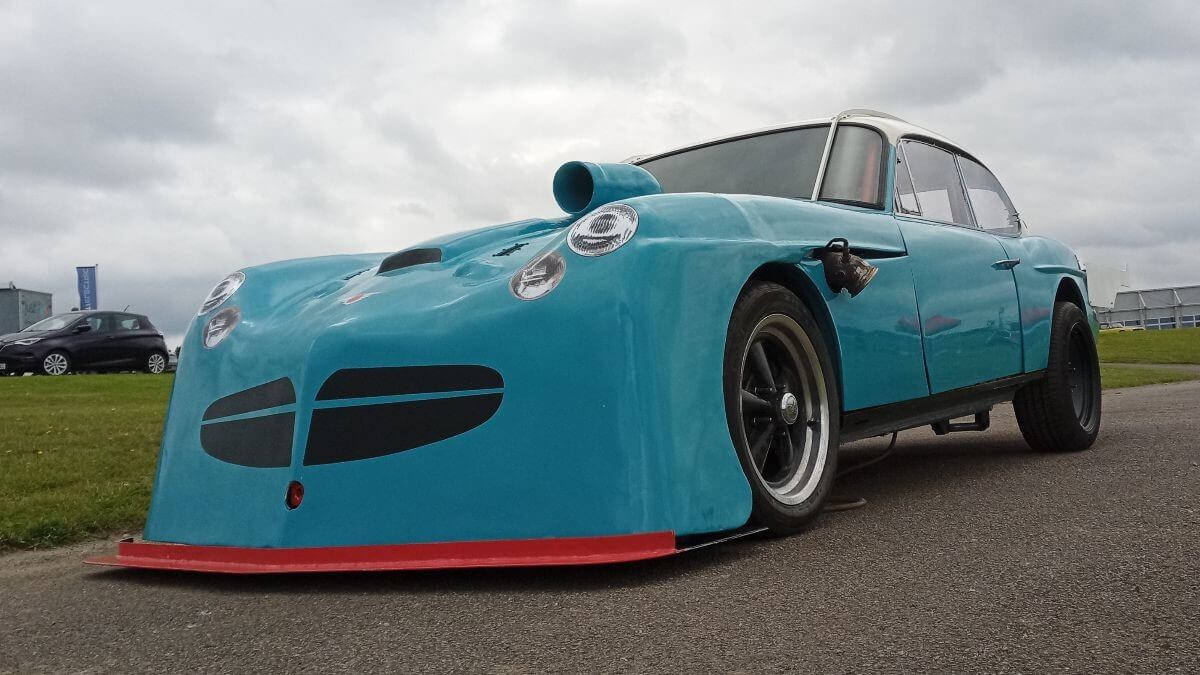 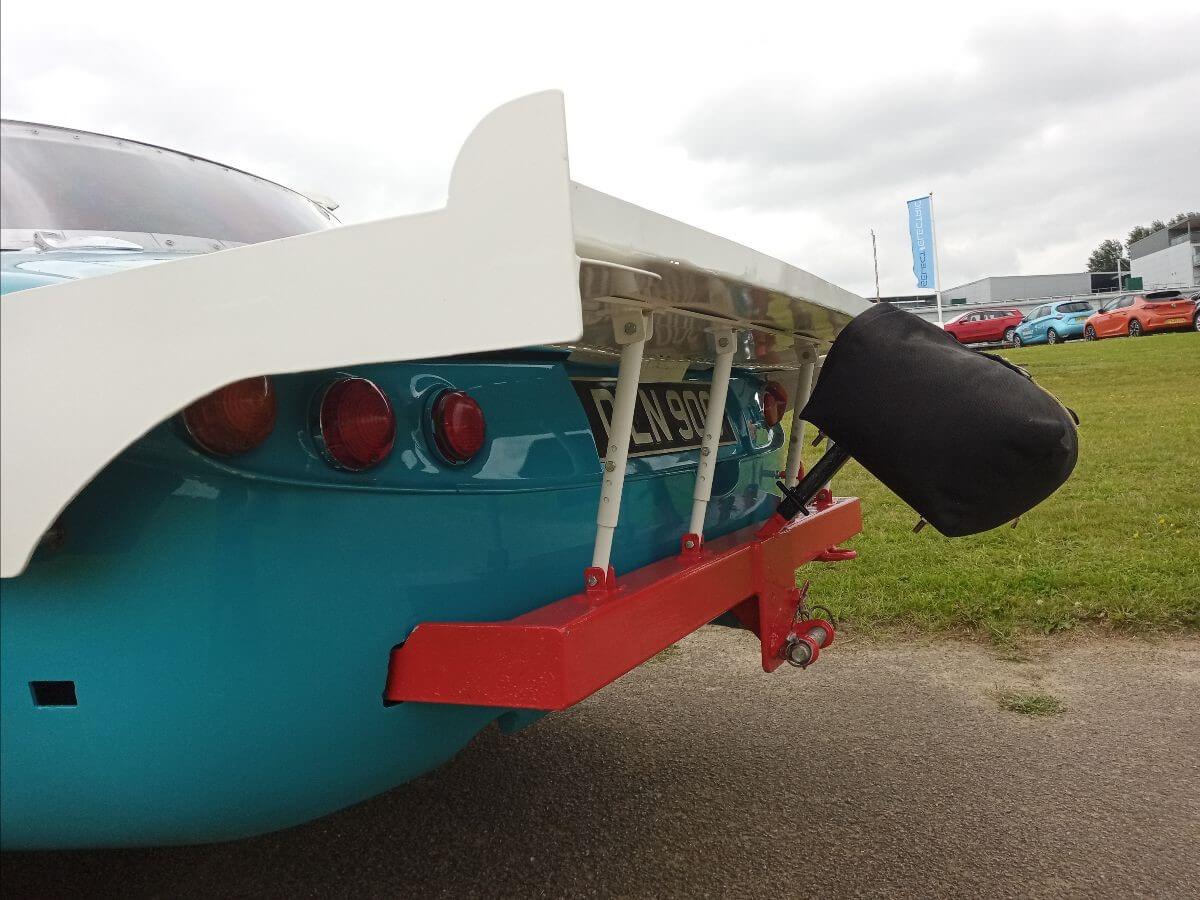 As a team we have a few duties that are not immediately obvious.

Yes, we have to build a safe, fast car. It is also important for us to take the car somewhere the public can see it. This is not for any form of self promotion but to inspire.

We were so fortunate to have the opportunity to meet hundreds of people throughout the duration of the show. The young people and parents were impressed with the engineering in the car and the looks on the face of children when we fired the car up or let them sit in the drivers seat was truly uplifting. 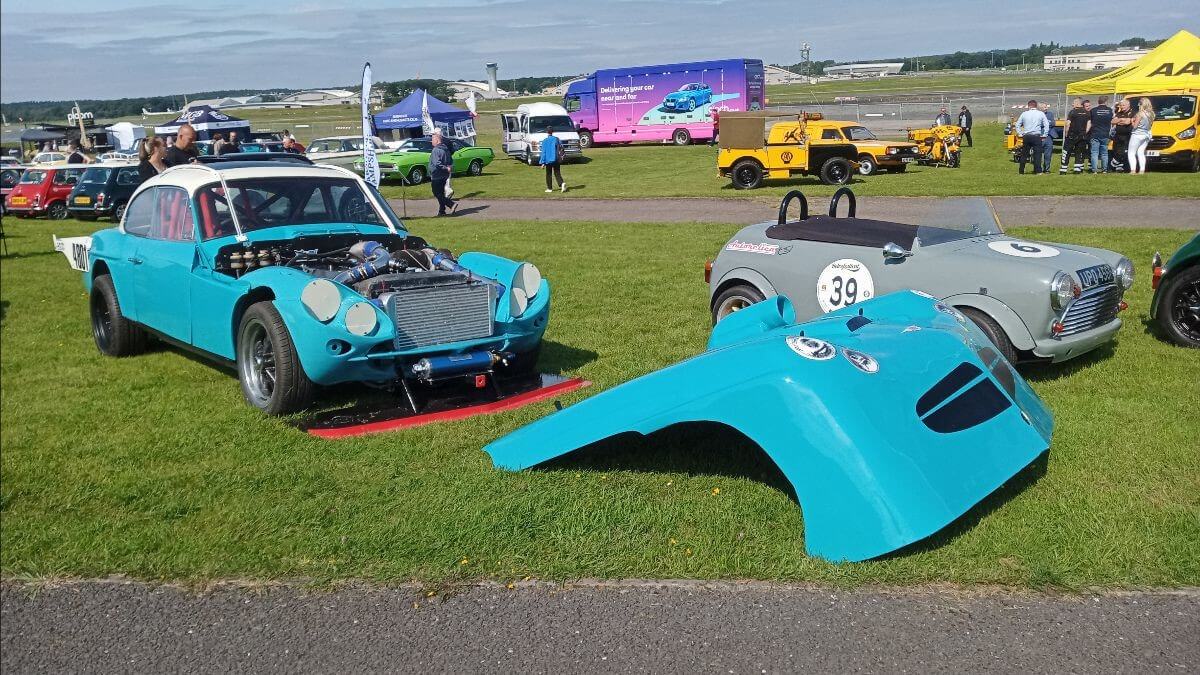 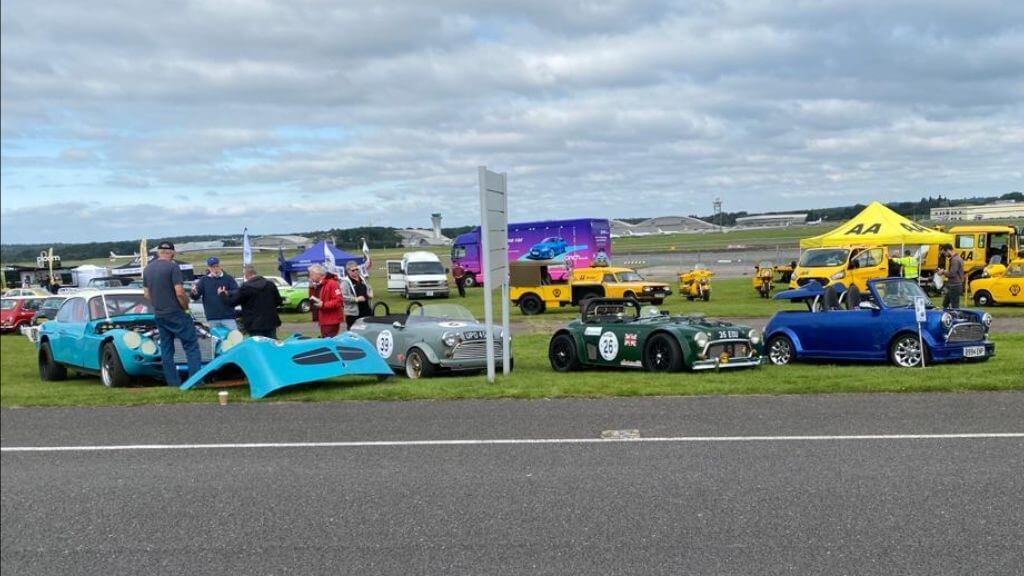 Andy, was available to assist Harry and Ian. He has recently been making some lifestyle changes and his new ‘racing snake’ physique enabled him to acheive his ambition of getting in the car.

Alas his leg length makes actual driving impossible, but the smile on his face matched some of the children who had sat in the car earlier!! 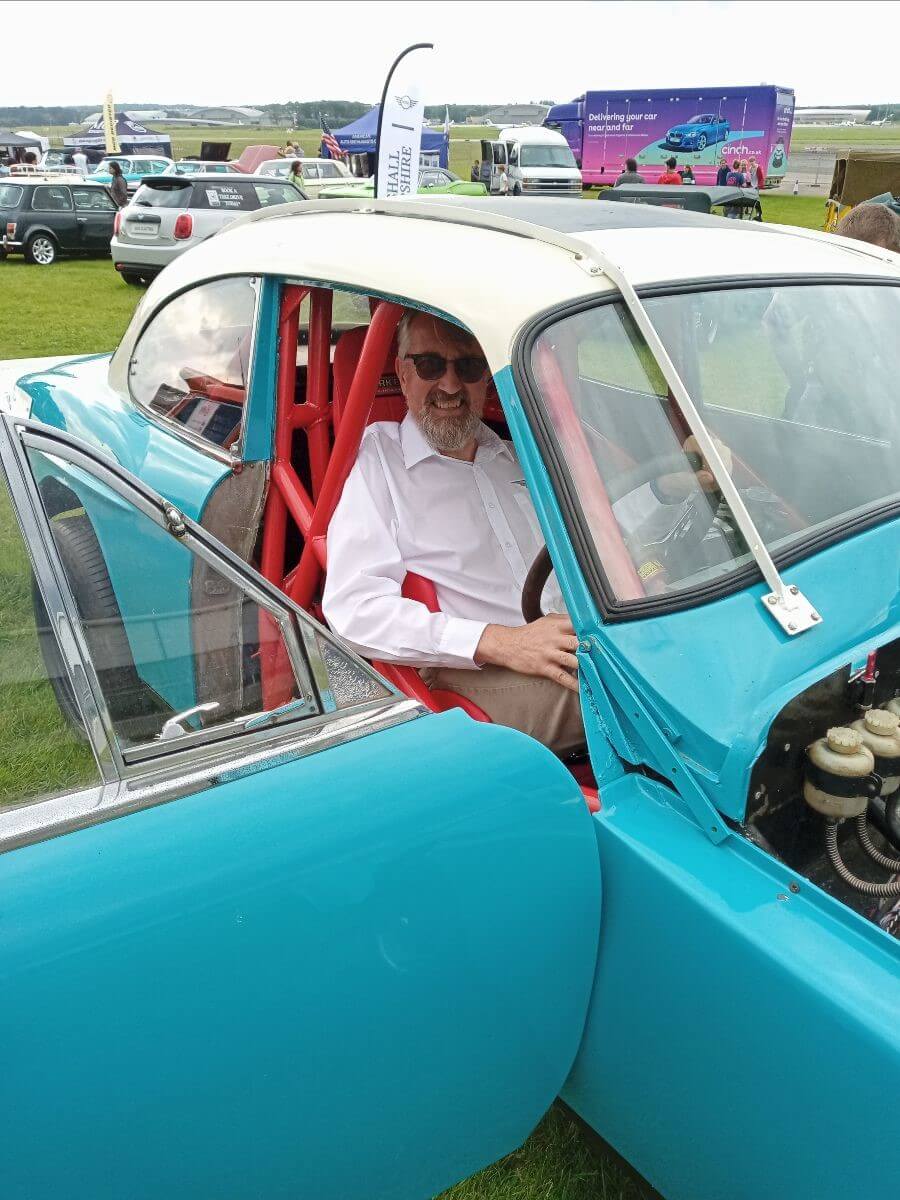