As our regular readers will know things have been very busy in the workshop of late.

A quick recap, we had finally found an engine tuner that was not only willing but capable of completing the tune of our race engine.

Alas, part of tuning process is to push things to their limits. What this means is that you uncover the weakest link and then upgrade that part.

As an upshot of this in recent weeks we have replaced our entire gearbox, turbocharger and completed a full engine rebuild.

All of this has made the schedule a bit hectic, but as a team we have risen to the challenge and made it to our only option for a test run before we head off to Bonneville this August.
This was an event organised by our friends at Straightliners at the famous Elvington airfield in Yorkshire.

This is the one of the only two places in the UK where we can run the car without worrying about running out of space.

We have already run at Pendine Sands in Wales where Ian found the changing surface of the beach particularly challenging.

This is an ex-RAF base, used for heavy bombers during the cold war, but now available to potential land speed record breakers. 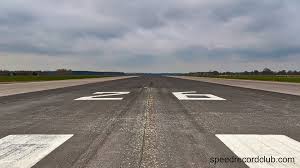 Obviously our car is built for running between three and five miles so two kilometers was never going to be enough to find it’s limits.

However, we have a cooling system and a lot of aerodynamic parts that required testing, specifically our flat floor. Despite all our measurements and testing, nothing is quite as revealing as a run down a runway at speed.

First job was to ‘dress’ the car. We have been very fortunate with the people and companies that have gone above and beyond to help us. This was our opportunity to express our gratitude. 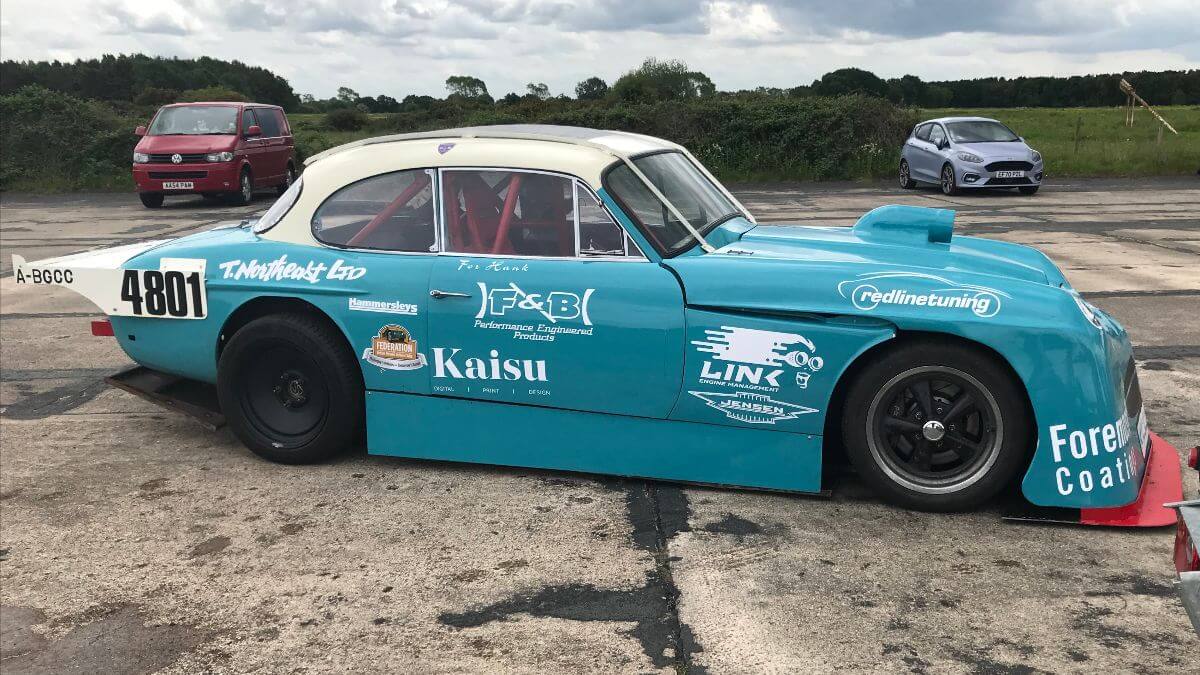 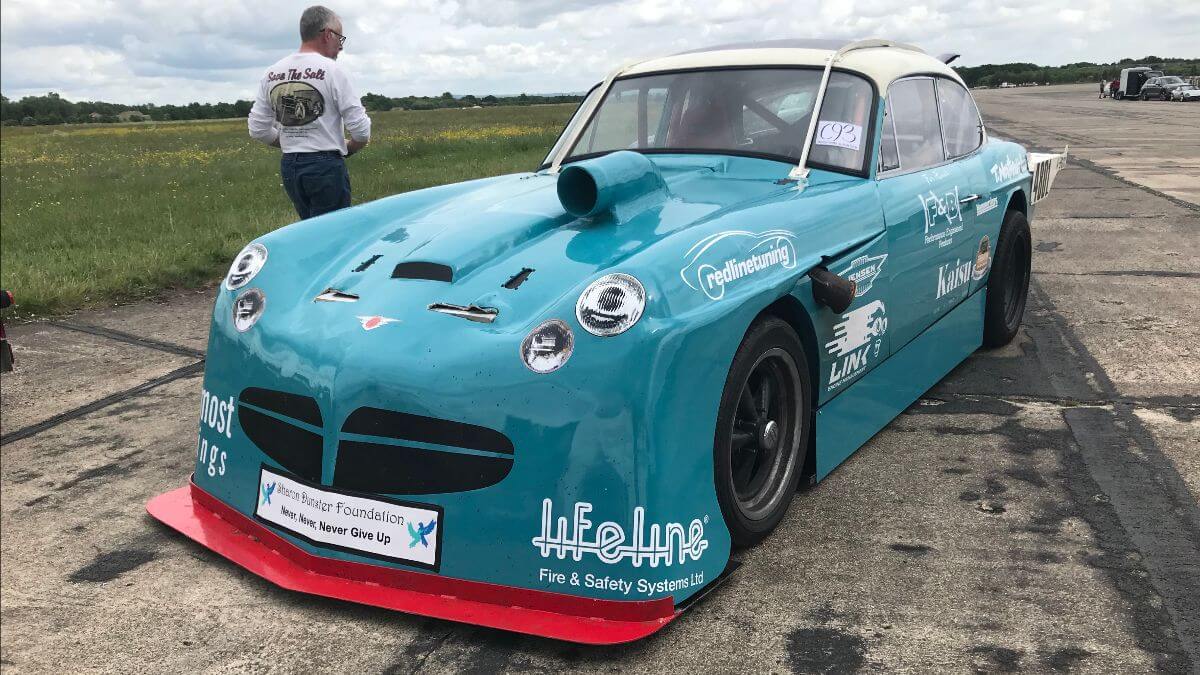 Once Andy Best had arrived we set to work, as soon as we had the flat floor fitted it was time for tech inspection (Scrutineering in the UK). 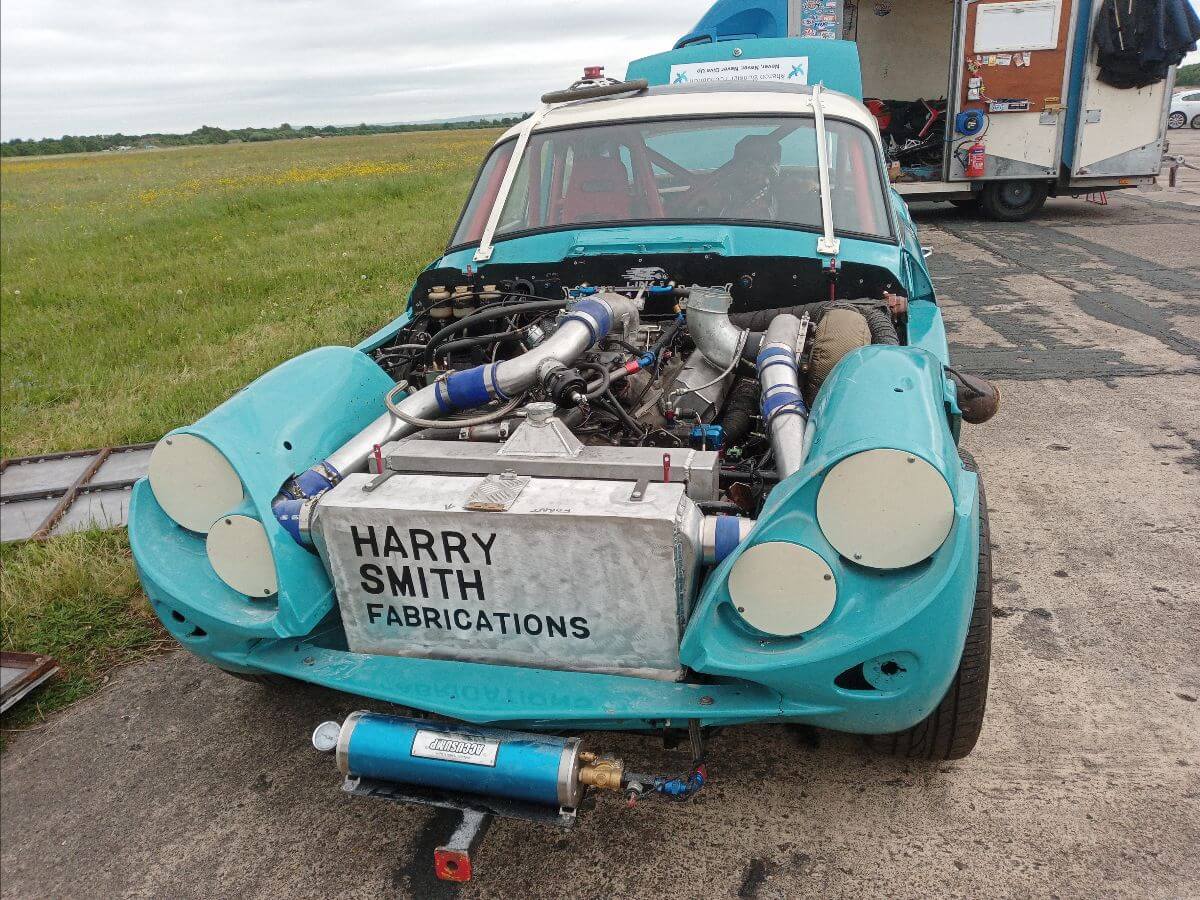 Once we were cleared to run we proceeded down to the end of runway 26 to get setup for our first flying run since 2018.

It is amazing, how much goes into this short space of time and how much we had forgotten!

Check once, check twice and then have a quick check.

The result of our ‘rustiness’ at this procedure meant that the engine and specifically our cooling system were now getting a bit warm. 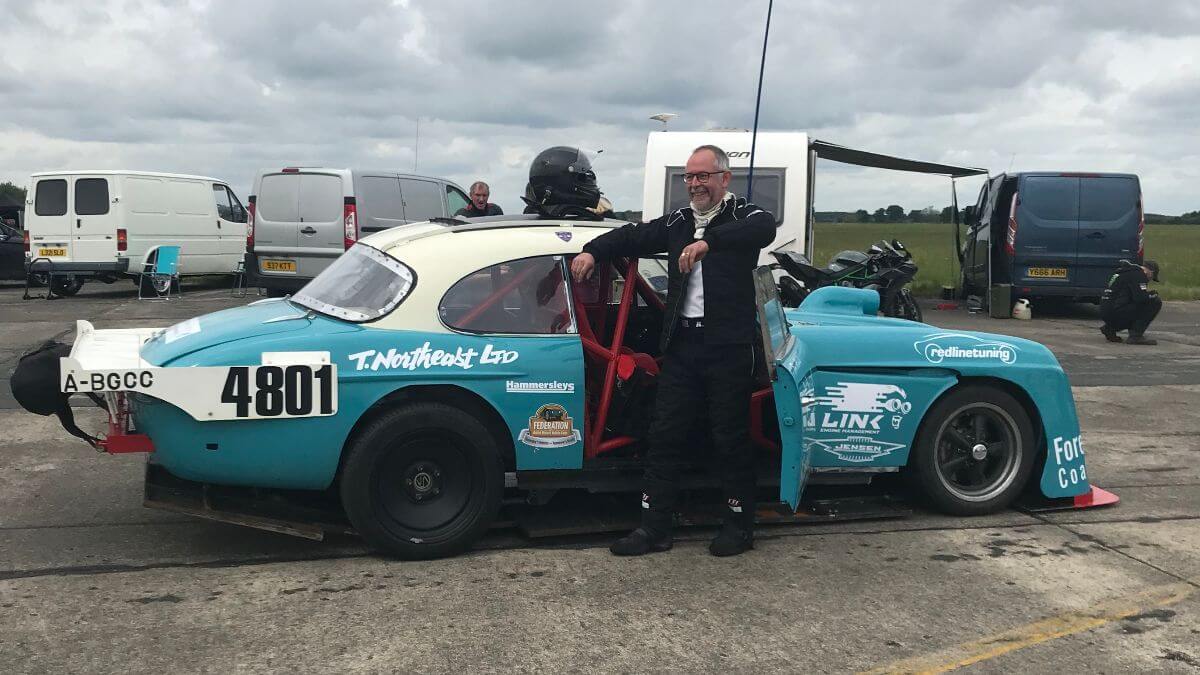 There were a couple of minor issues during the run, specifically with the handling. Which kept our speed down but considering this was in effect the first run of a new car it went better than we hoped.

We did manage just over 120 mph which was the fastest we had been in the UK.

Most importantly at no point during the run did the floor touch the ground even under heavy braking. A massive tick in the job well done column.

We were definitely overheating by the end of the run, this was mainly down to our poor preparation at the start line. It was good experience (all be it unwelcome) to practice what to do in this event. Which came off without harm or injury to anyone or anything.

So we called in our automatic electric cooling system and fairly rapidly everything was back under control.
Once again the team luck reared it’s head.

We decided to go for another run once we had cooled enough and completed some small chassis adjustments.

The car wouldn’t start as the battery was flat, not entirely surprising as we had been running the water pumps for some time, but frustrating never the less.

After a few failed attempts to jump start the car from various other competitors equipment we gave up and went off to pick up a replacement battery, thanks Andy.

Once the new battery was fitted, the car started quite happily allowing us to test the health of our charging system. Not good! Instead of the expected 13.5 to 14 volts we were charging at 18 volts at low engine revs, this would only increase with engine speed.

Our alternator had failed and had in effect ‘cooked’ the original battery.

As it was now quite late on a Sunday the chances of finding a replacement had to be deffered until Monday morning.
The next morning dawned dry and bright so after a bit luck Ian and Steve were able to track down a suitable alternator.

Back at the airfield it was quickly installed and we were back on track for a second run.

With the benefit of our experience the day before, start line procedure was a lot more efficient and the car was ready to go having just reached the correct temperature.

This time, things were a lot smoother and although Ian didn’t give the car all it had, he did finally get into 6th gear before he ran out of room.

A nice 140 mph run, just a little slower than our Bonneville record in a fraction of the distance without trying!

The handling issues were now a lot more under control and the faster the car went the better it felt.

Once again click on the image for a video. 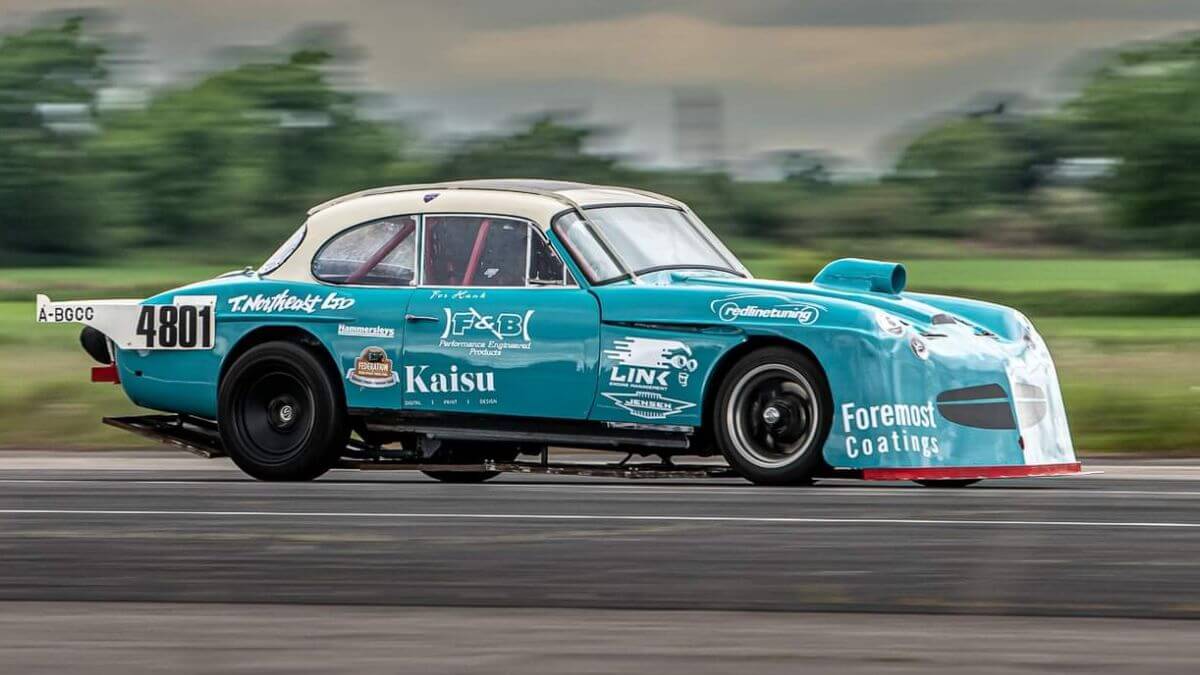 Unfortunately, at the end of this run we discovered a serious oil leak from the rear crankshaft seal.

This would do no damage to our engine but there was an awful lot of motorcycles attempting speed runs on the track and for safety’s sake we couldn’t risk spilling oil onto the track.

This put an end to our weekend, so after some media commitments we stripped the car and headed off home.

A successful weekend if not as many runs as we would have liked.

Thanks in no small part to our fantastic team.
And now for the bad news.

We have been working on the shipping of not only our car, but another car and three motorcycles, in an attempt to spread the costs and allow more people to experience Bonneville Speed Week.

Unfortunately the global shipping system is in very poor condition and boats, ports and containers are becoming more and more unpredictable.

Our shipping agent has finally admitted that he can not guarantee the vehicles will arrive in time for speed week. So much so he has pulled out completely.

At this late stage we are really struggling to find alternatives.

We haven’t given up at all, but we are having to face the possibility that we may not be able to get the vehicles there in time for this years event.