As seems to be all too common I will start the with an apology.

Over the winter with the cold temperatures very little has happened to the car itself. As such there was little progress to report, whilst we weren’t idle there was very little to write about.

As previously reported the underside of the car was in dire need of cleaning and the salt damage repairing. As such all of the suspension components were removed, cleaned and repainted. Thankfully there was no structural or component damage simply surface rust. 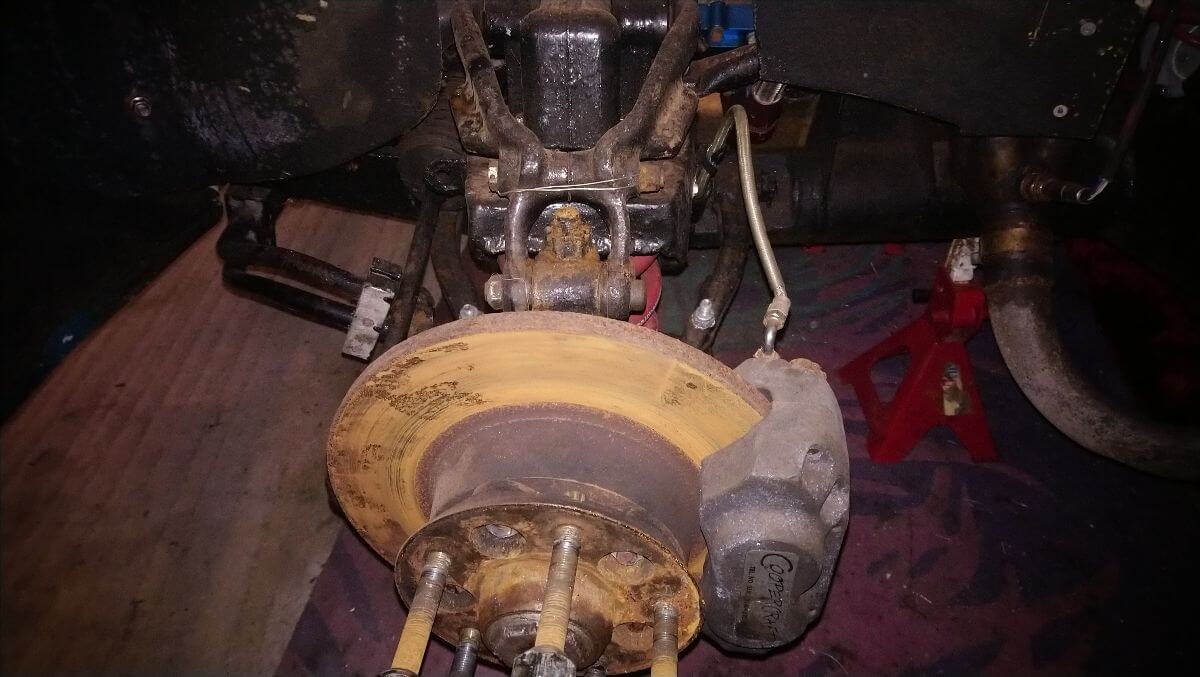 On speaking to a number of interested parties there seemed to be an appetite for seeing the car in it’s ‘fresh from the salt’ state.

So the decision was made to complete the work underneath the car but leave the inside as it was. Since our return and the subsequent clean up the corrosion hasn’t worsened and looks significantly worse than it actually is. 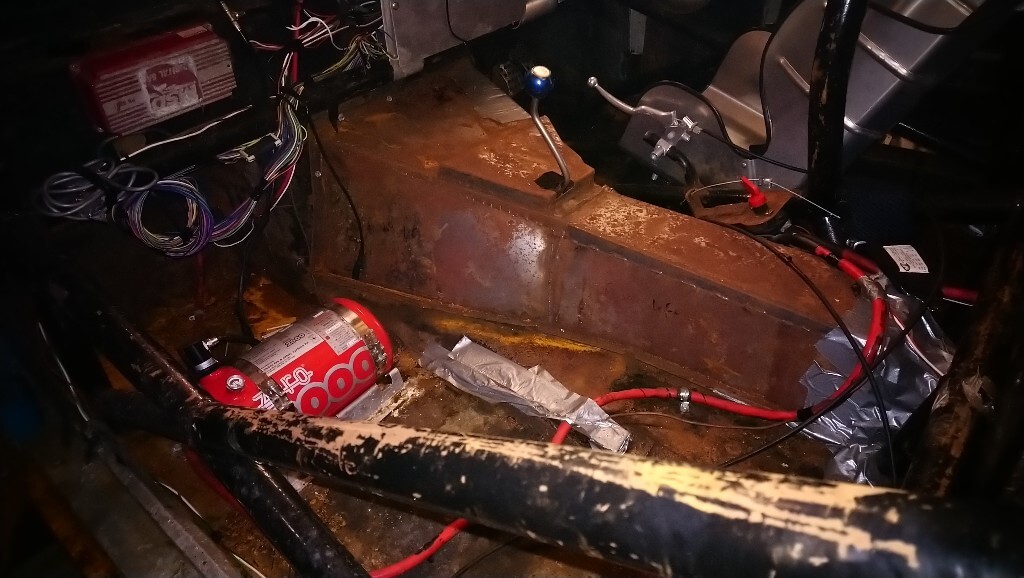 Once again our friends at the Jensen Owners Club (JOC) gave us the opportunity to spread the word and in this case attempt to give something back to our direct sponsors.

Being based in the South East of England when we were invited to attend the London Classic Car Show at the Excel centre we jumped at the chance. This was a real opportunity to say thank you to the companies that have helped us out, specifically Hammersleys for the extended use of their trailer, CCK historic for their wonderful roll cage, Iso energy for their support and Kaisu for their IT backup. The guys from CCK even made the effort to come up and see us.

The organiser of the JOC show stand decided to give us prime spot on the stand and our car with all its ‘patina’ attracted an awful lot of attention throughout the show. 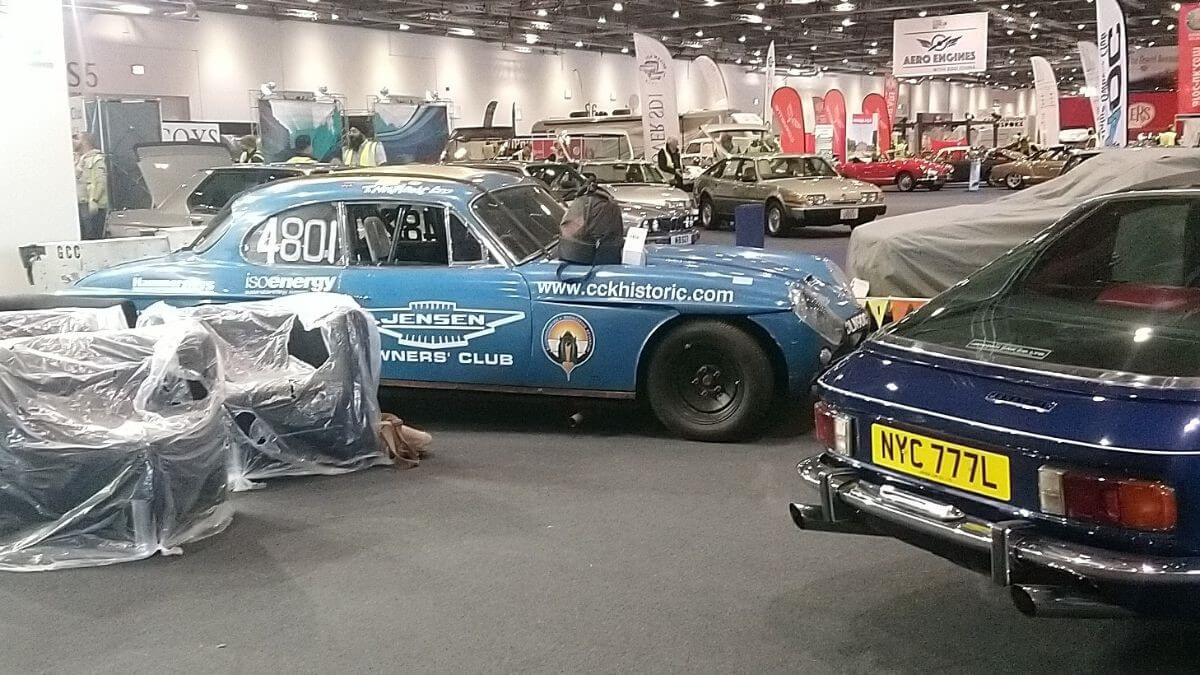 Most of the UK based members of the team attended the show on various days. Everyone made an attempt to inspire other people to try and make the most of their cars and lives as we are.

Andy seemed very keen to give those he spoke to lots of food for thought. 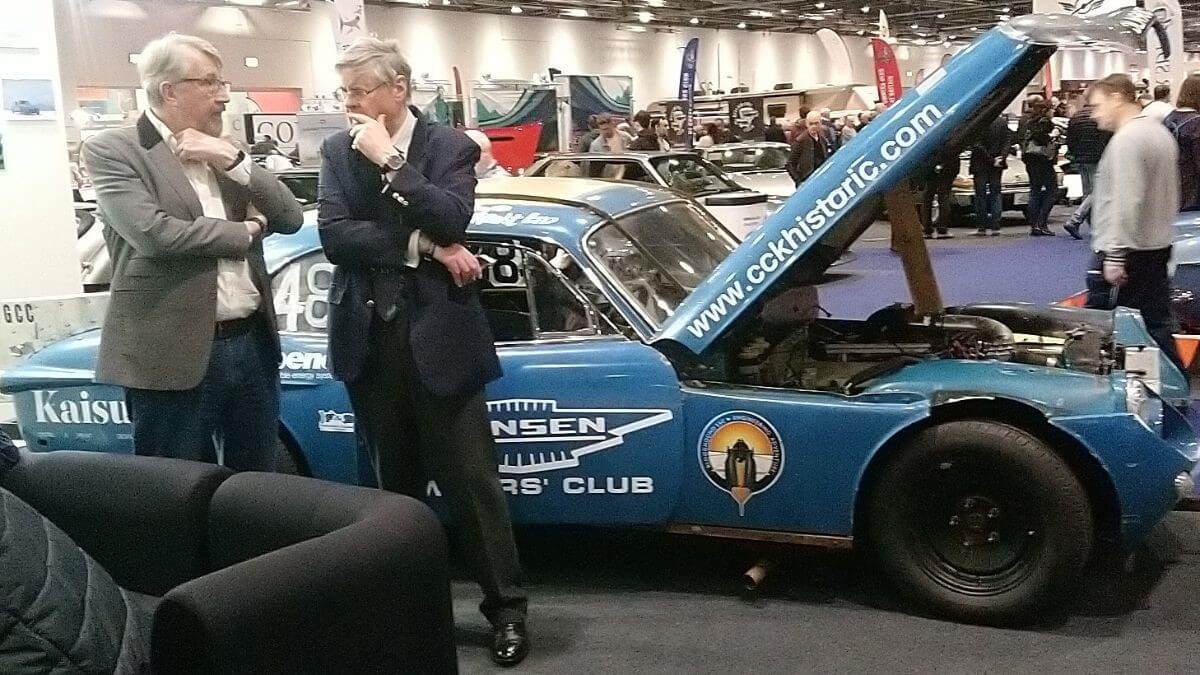 Ian seemed very animated particularly when a TV personality introduced himself. He had heard about our project and was very keen to hear a bit more detail. Alex Riley has appeared on the One show amongst other more motoring related TV shows. 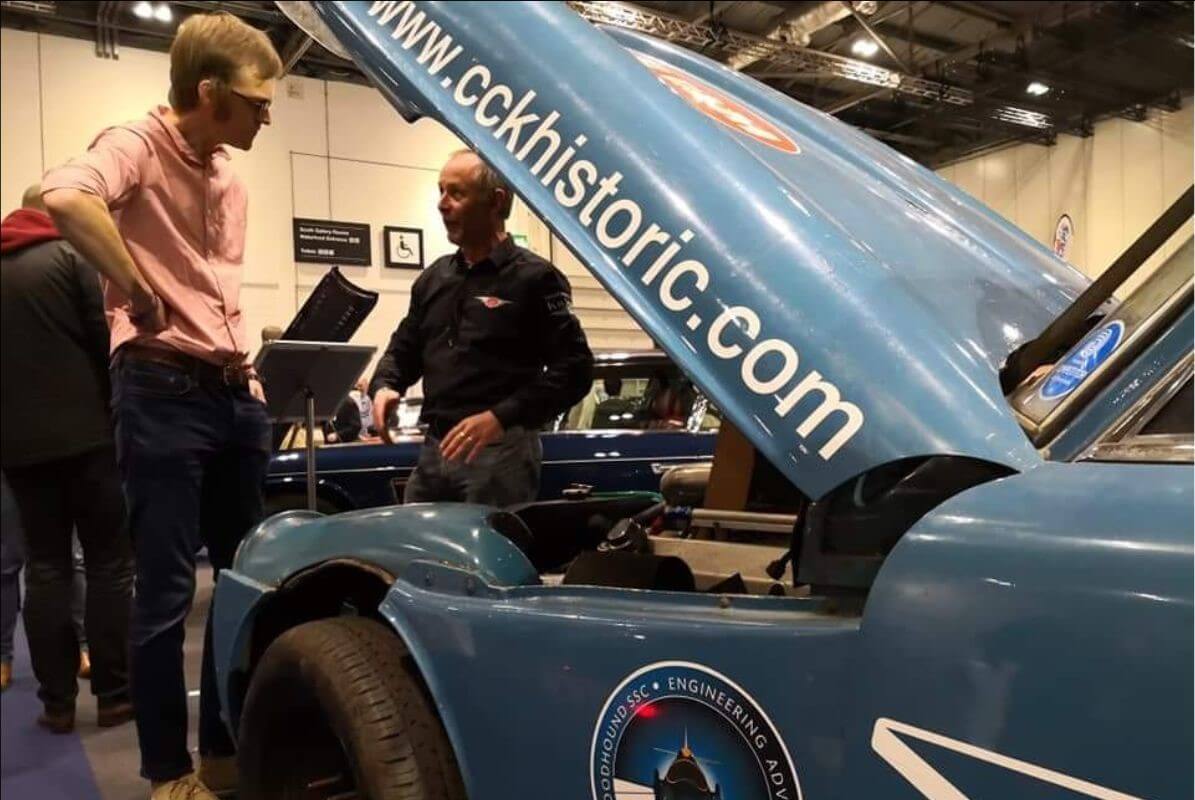 We received an awful lot of very favourable comments about our project and were kept busy throughout the weekend.

There were a lot of very interesting questions and it was wonderful to see the realisation appear on strangers faces as they realised that we were normal people that had just made a bit of extra effort to live our dream.

This really is the true aim of the project, to make people try and live their dreams. 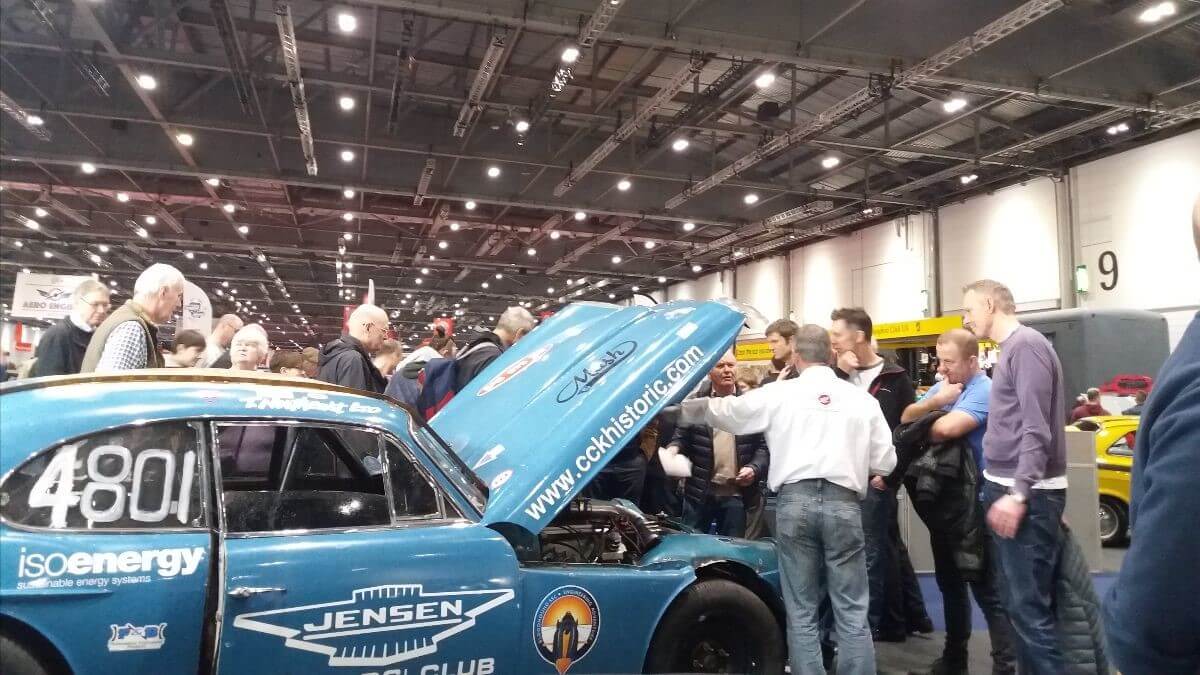 For us of course there was only one car at the show that was worth looking at.

In 1927 J. G. Parry Thomas pushed the world land speed record up to 171.02 mph at Pendine Sands. On an ill fated later run Parry Thomas was killed driving BABS and the car and driver were famously buried at the fastest place in the UK.

The car was later recovered and restored to running condition.

It has been remarked that our car is a little crude but in comparison to this world beater it’s the height of technology. 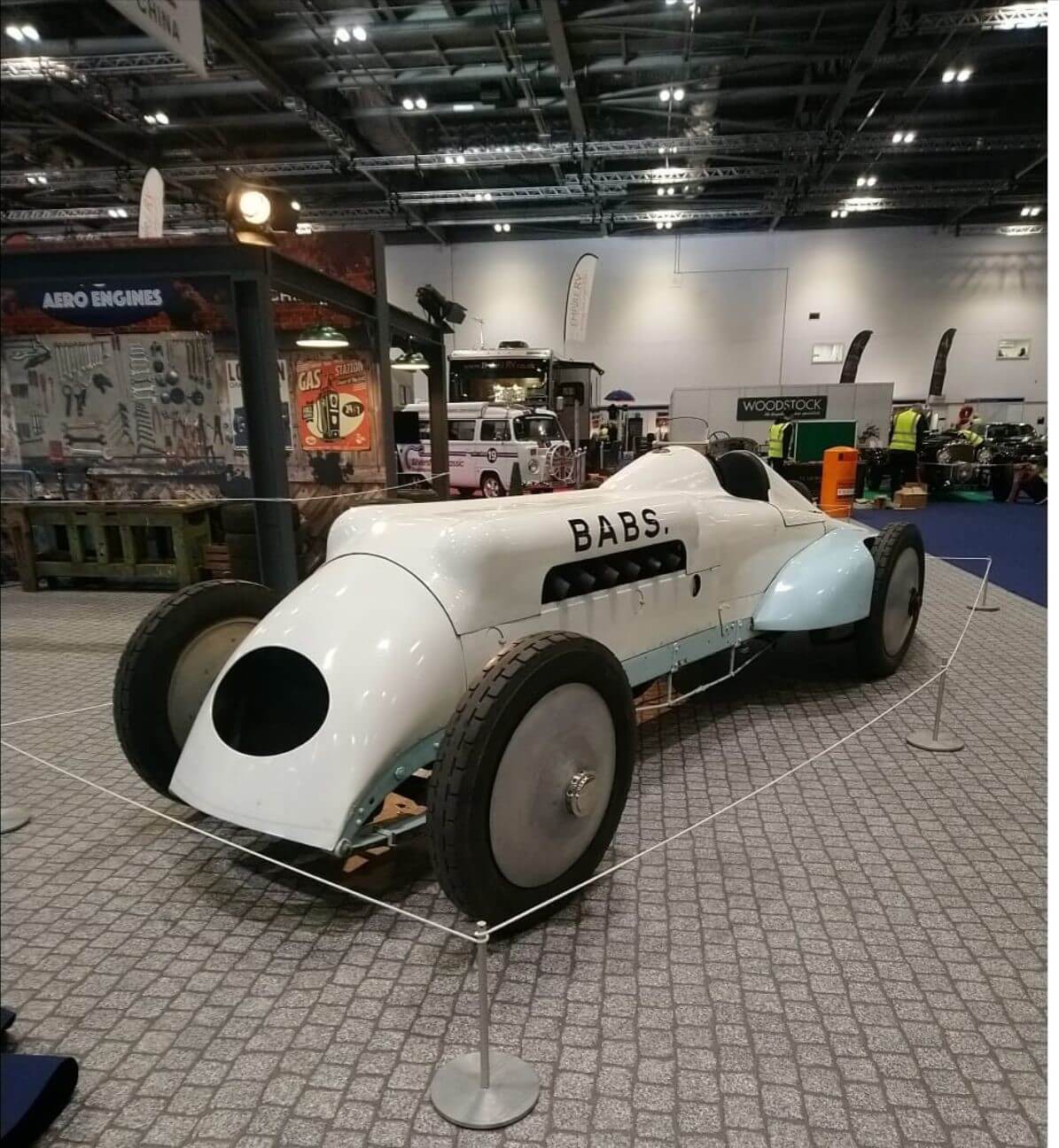 Thank you again for your interest in our project. We have some very exciting things in the pipeline and at this moment would ask everyone to watch this space for updates about our future plans.